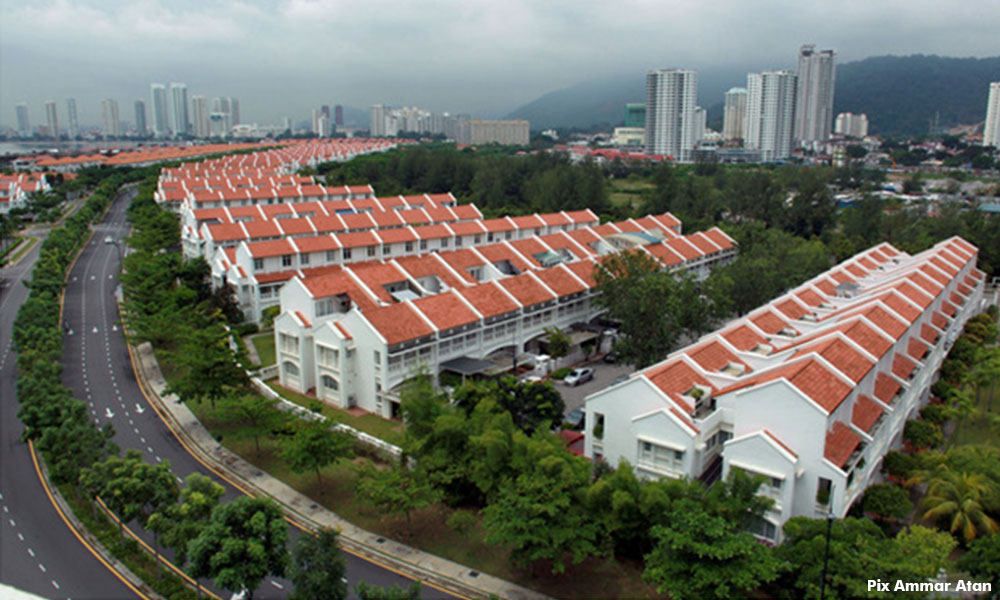 Yoursay: Homes for the rich or the poor?

YOURSAY | ‘Developers have been reaping a huge return on property development.’

Fellow Malaysian: Muhammad Abdul Khalid is right. Though he is speaking in his personal capacity, as the prime minister’s economic adviser, he ought to strenuously make his opinion known to Dr Mahathir Mohamad.

I totally agree with his view. Of course, the Real Estate and Housing Developers’ Association (Rehda), being the housing developers' association, will definitely protect their own interests and deny that the government's move will increase house prices.

The overhang is only 14,000 units worth RM8.3 billion. Finance Minister Lim Guan Eng will be seen as robbing the poor housebuyers to give to the wealthy developers if his proposal is adopted in January 2020. Please don't do that.

Gasing George: I would agree with the economist who prefers to let market forces run its course.

The prime minister’s statement, that “we have to sell them or developers will get into trouble” smacks of favouritism and continues to send developers (big ones especially) the happy message that they can do what they want because the government will just bail them out or throw them lifelines when the going gets tough.

Not only are these developers responsible for the overhang in luxury properties, they are also at least partly responsible for prices in the low to mid-range categories increasing to unrealistic levels, preventing almost a whole generation from owning homes.

Also, when is the government going to do something about the bumiputera discounts for luxury properties?

You don’t even have to be critical of the New Economic Policy (NEP) to see that this is a deeply flawed policy in need of correcting.

And then please also look into abolishing the bumiputera quota for luxury properties (don’t get me wrong - for high-end luxury residences, not for mid or low-cost properties, ).


That may also have a better effect on the overhang than reducing the threshold for foreigners.

Quigonbond: The main objection of any would-be interested local buyers is that developers have been reaping a huge return on property development.

Instead of adjusting their price to meet the demand, they would appear to have successfully lobbied the government to open up the market instead, thereby keeping their profit and potentially continuing their bad practice.

Residential property development has effectively gone past its golden years. Priced about RM600,000, it is seriously out of reach to most Malaysians when there is no corresponding increase in purchasing power, and this crisis has been confirmed by Bank Negara.

The policy would not invite so much cynicism had it been structured as a candy for the developers before the real policy strikes - which is to force developers to adopt new technology and mass produce affordable housing in great numbers.

As it is, there is no such policy. New developments are hardly anything to be lauded for meeting public requirements except for the affluent and rich.

I believe it is time to establish a commission or for the government to publish a white paper to identify the real causes of high property prices.

I expect it to be a combination not only higher prices of building materials, but more importantly, greed across various sectors not only of the developers, but also the financial institutions.

The problem lies in part that government-linked companies (GLCs) are found in the development and financial sector, hence the government itself is in conflict of interest. Which then makes it imperative to quickly disassociate government from economic activities and distorting competition.

This is the job of the housing and local government minister and the economic affairs minister. But both are so focused on politicking they are failing in their jobs.

From Penang: Malaysiakini, thanks for the great analysis article. It is stupid for the property analysts to believe developers margins are strained. If so, how come the developers are getting richer and richer?

Academic calls for creation of third force via independent coalition

Free Sarawak: I have said this before and I will say it again. It’s time the people formed another party, free of racial or religious platforms. And one that is funded by the people.

We need to crowdfund a people’s party for the people, by the people, of the people. We need activists like Haris Ibrahim, Ambiga Sreenevasan, Thomas Fann and other like-minded people to steer us out of Prime Minister Dr Mahathir Mohamad’s disastrous reign.

The country can’t go on like this, being stuck with racial and religious issues. It seems to be going backwards.

Idiocracy: Tajuddin is absolutely right. Career politicians have become experts in manipulating voters to ascend to power, only to betray their voters.

It’s time politicians come from community leaders who have been proven to fight for the cause of their constituents.

Enough of Mahathir, Azmin Ali, Lim Guan Eng, Syed Saddiq Syed Abdul Rahman, and the list goes on and on.

Right and Wrong: Tajuddin, we need more people like you. I wish this will come true as we can see even politicians with vast experience and even those over 60 still talking nonsense.

They should play a role in uniting the people, but they still dwell on sensitive issues and hurt the people.

As they are becoming old, they know they will be going to "heaven" soon so at least they should not create a "hell" for the peace-loving people here. I wish there is a retirement age for politicians too.

Jaya Jayam: We definitely need a new party that is people and nation-oriented, not self, party and “R&R”-oriented as it is now both in government and opposition.

I for one have long concluded that there is no party or alliance worth voting for (unless Pakatan Harapan boots out Bersatu, the Umno clone) and do not intend to vote again unless a true people's party emerges.

There are some in Harapan who genuinely care for the rakyat's welfare. These kinds of people should be welcomed to join the third force, along with intellectuals, professionals, et cetera.

Kafir Latte: We don’t need more candidates, more parties, or more coalitions. We need people of quality. What’s the point of having another bunch of politicians flying a different flag but behaving the same way?

Zakar_Naik: Yes, this is an idea worth considering. A third force is what we need.

After all, is Umno-PAS (BN is a myth now) a real alternative to Harapan? Both peddle more or less the same "medicine".

yoursay
economy
housing
developers
Related Reports
Foreigners can only buy houses at reduced prices in 2020
a year ago
Call for a national housing corporation on affordable housing
a year ago
RM1,200 minimum wage still below living wage in the Klang Valley
a year ago
RM600k property threshold for foreigners - good or bad?
a year ago