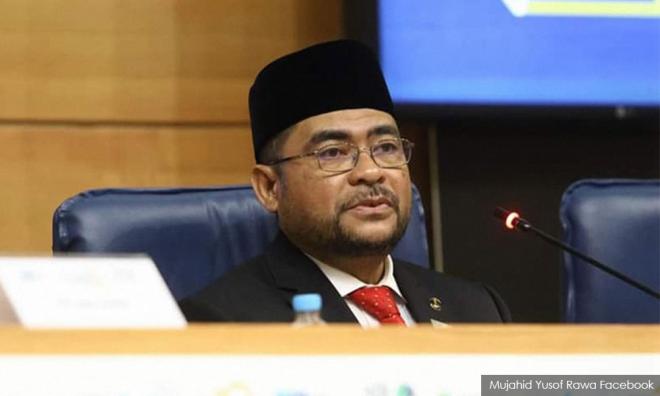 Media urged not to play up religious, racial issues

Minister in the Prime Minister's Department Mujahid Yusof Rawa has urged the media not to give prominence to religious and racial issues in their reports.

He said while the media needed to attract readers for their own survival, they should be responsible and fair to the government for the development of the country.

"The Islamic administration has been attacked with various religious and racial issues since Pakatan Harapan took over the country’s administration," he said at a dinner with the media in Putrajaya yesterday.

Mujahid said the print media also had to play a role in checking the spread of fake news on government policies being circulated via social media.

"(On) social media, there will be a headline with a totally different context. People are not going to read what’s below the headline (content), people will just read the headline, and it's (the perception formed is) hard for us to correct. This is where the mainstream media can play a role in correcting it," he said.

Meanwhile, Mokhtar in his speech said the cooperation between the media and government agencies was crucial not only in terms of disseminating information but also in getting feedback from the general public.

He said the media was also willing to cooperate with the government in dealing with current issues such as the spreading of fake news.

"This makes the role of the media more challenging, because only the conventional media can verify facts and information in our effort to curb the dissemination of false information," he added.