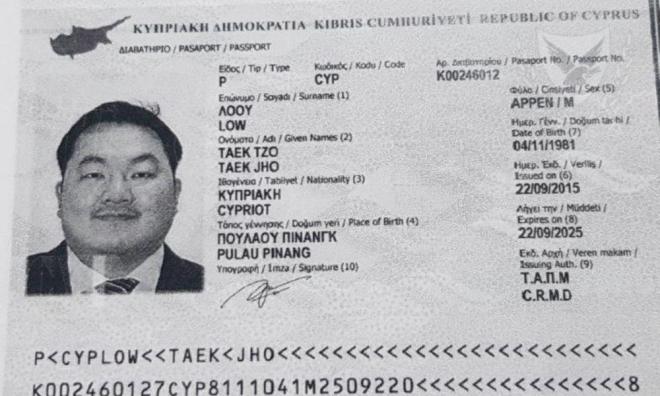 The Singapore-based firm said in a statement to Malaysiakini that although Jho Low had approached them in 2015, they had turned him down.

"Contrary to what has been stated in multiple articles, Mr Low has never been a citizenship client of Henley & Partners.

"Whilst he approached Henley & Partners in 2015, the firm declined to accept Mr Low as a client.

The firm said there were many "misleading" articles which linked them to Jho Low although they were never approached by any media organisation in advance.

The firm claimed that citizenship clients are subjected to strict scrutiny before they are passed on for the consideration of a sovereign state.

"It is also important to note that in the context of the apparent acquisition of Cyprus citizenship by Mr Low as well as in all other cases, it is the government of Cyprus which is responsible for the processing and approval of applications for citizenship.

"Moreover, governments are in a position to annul any citizenship granted under their programmes if there has been any misrepresentation by applicants," said the company in its statement.

Jho Low, who has been on the run from Malaysian authorities since 2015, is alleged to possess multiple passports. According to the Malaysian police, he has undergone plastic surgery and currently "looks like a bear".

The report by Politis has resulted in embarrassment for the Cyprus government with the Archbishop of Cyprus Chrysostomos II saying he had no special interest when he endorsed Low's citizenship application.