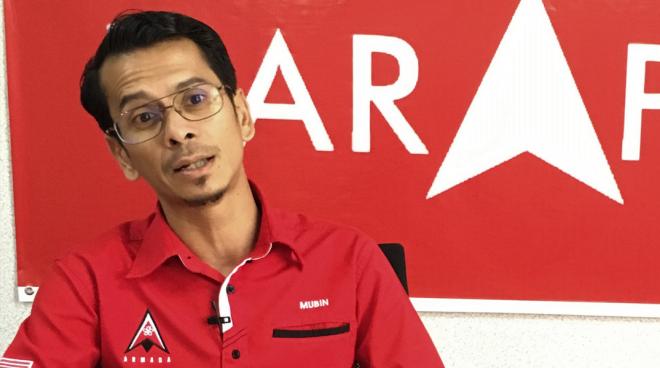 In a statement today, Perak Bersatu Youth chief Mohd Hafez Mubin Mohd Salleh (above) said the video clip was released with the intention of causing discord within Pakatan Harapan.

"I stress that the video clip does not reflect the whole context of Faizal's conversation.

"This is an outdated strategy that is always used by the opposition to cause fissures among Pakatan Harapan parties such as what was seen in previous by-elections.

"In view of this, we urge the leadership, members and supporters not to believe this slander by the opposition, who are doing so as to win in Tanjung Piai," he said.

He was referring to a video clip depicting Faizal accompanying Karmine Sardini - Harapan's candidate for the Tanjung Piai by-election - on campaigning rounds.

While stopping at a stall, Faizal was seen chatting to locals and talking politics. At one point, Faizal said he was alone in Perak and had to fight off "puak-puak DAP".

He also said he had shunned cabinet ministers during the by-election's nomination process last Saturday in favour of his "Umno friends".

Faizal has himself claimed that his remarks were taken out of context.

"I said that I have gone through a lot in Perak and there are DAP leaders who run me down.

"What is important is that we all work closely together," he told Free Malaysia Today.