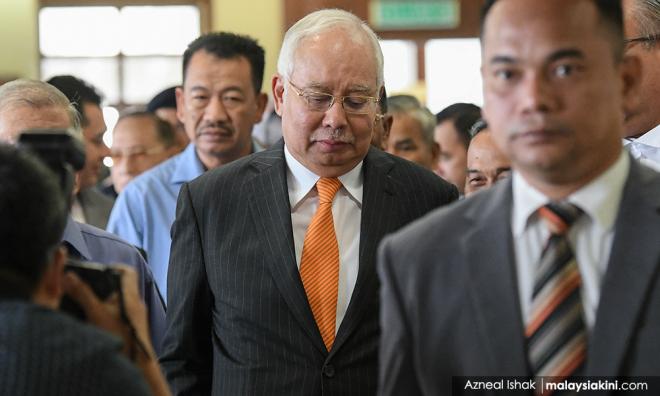 Court orders Najib to enter his defence, and 8 news from yesterday

1. The High Court in Kuala Lumpur found the prosecution to have established a prima facie case against former prime minister Najib Abdul Razak in his SRC International corruption trial and ordered him to enter his defence.

2. Najib's lawyer Muhammad Shafee Abdullah said his client was shocked at the outcome while Prime Minister Dr Mahathir Mohamad said he is shocked that Najib was shocked.

3. The Civil Aviation Authority of Malaysia (CAAM) admitted that there were "some shortcomings" after an audit on it by the US Federal Aviation Administration (FAA) led to an air safety ratings downgrade.

4. Perak Menteri Besar Ahmad Faizal Azumu was unapologetic about his statement about waging a solo battle against coalition ally DAP, asking whether what he had said was wrong.

5. Deputy Communications and Multimedia Minister Eddin Syazlee Shith was carried out of the Dewan Rakyat on a stretcher after suffering dizziness and slumping on his seat.

6. The Federal Court denied leave in a challenge brought by a Parti Bumiputera Pesaka Malaysia leader on the constitutionality of vernacular schools.

7. Malaysiakini takes a look at the goodies that have been ditched out in conjunction with the Tanjung Piai by-election.

8. Cambodian opposition leader Sam Rainsy, in an interview with Malaysiakini, said he was inspired by the democratic change in Malaysia.

9. The Election Commission denied that it stopped independent candidate Faridah Aryani from campaigning in the Tanjung Piai by-election, stating that it only told her not to distribute fliers as she had not paid the RM5,000 deposit for campaign material clean-up.