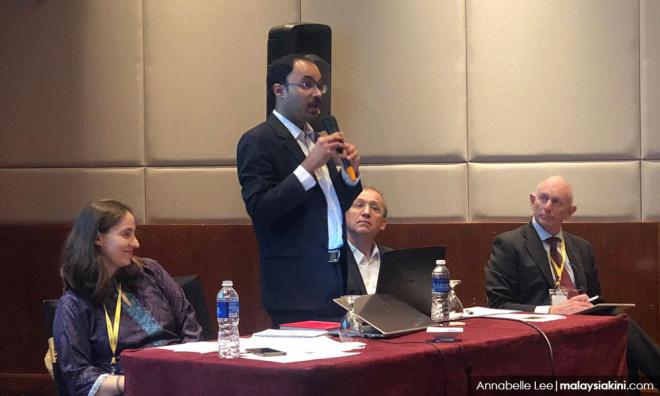 1. The introduction of the automatic voter registration and a reduced voting age would aggravate the malapportionment of electoral constituencies, warned activist Danesh Prakash Chacko, who went on to call for changes to Malaysia’s first-past-the-post electoral system.

2. At a workshop on electoral reform, experts from Malaysia, Germany and New Zealand shared how a mixed-member proportional electoral system could lead Malaysia to a more moderate brand of politics.

5. Syed Saddiq was evasive when asked about the DAP disciplinary committee’s decision to let Ronnie Liu off the hook, after having threatened to declare open season against DAP if the Sungai Pelek assemblyperson doesn’t apologise for his article criticising Prime Minister Dr Mahathir Mohamad.

6. MCA president Wee Ka Siong accused Malaysiakini of “trapping” the party's Tanjung Piai candidate Wee Jeck Seng by pressing him on whether MCA is a member of the PAS-Umno Muafakat Nasional pact.

7. Disgruntled opposition politicians have filed a motion in the Dewan Rakyat to debate new campaign restrictions in Tanjung Piai, but Election Commission chairperson Azhar Azizan Harun maintained that the rules were set by the police and that he would not interfere.

8. A group of PKR Youth leaders are up in arms after the wing’s secretary rescinded the invitation to party deputy president Mohamed Azmin Ali to officiate the Youth wing’s national delegates congress on Dec 8, which they said was a break from convention.

9. Gadek assemblyperson G Saminathan - who is facing charges for alleged links with the Liberation Tigers of Tamil Eelam - has sent a letter of representation to Attorney-General Tommy Thomas raising constitutional issues involved in his application to be granted bail.

10. SK Luagan security guard Dali Udan, who appeared in a viral video where students salam him before entering school, said he is honoured and touched by the students’ gesture.