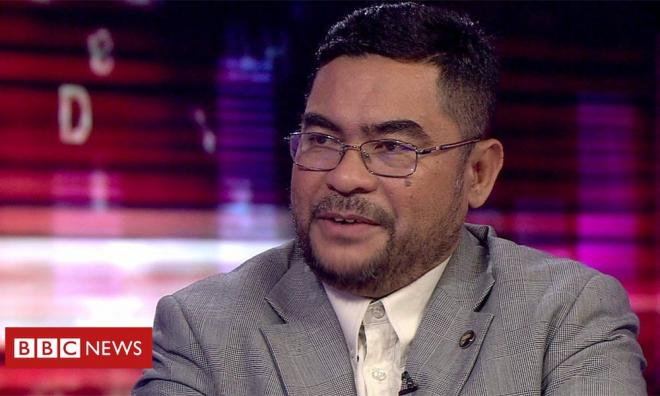 But really, there is no need to use these and similar adjectives for Islam. “Islam” alone is enough if one knows what Islam is when one talks about Islam; Islam is these and more.

In recent times, we have heard scary and disgusting stories about tahfiz schools. And there are problems in other Islamic institutions such as Tabung Haji.

What has Mujahid actually done, or not done, since he became the religious affairs minister? Yet he wants to pontificate to the world about Islam?

Only recently, we are emerging from the worst case of kleptocracy the world has ever seen to date, with almost all the Muslim elite and their institutions playing dumb through it all for years.

Mujahid, please stop your pursuit of compassionate Islam, or whatever. We had had enough of such for 60 years under the previous government, for it is nothing more than a theatre of the absurd and a tragicomedy.

Anonymous_1544340881: I heard the 23-minute BBC’s Hardtalk interview. When Mujahid was grilled, it did come across that he was powerless to do anything.

I think it really depends on the prime minister and the home minister. If they are willing to act against the extremists, many of the problems will disappear.

The sad thing is that he is right about one thing. The opposition, Umno/PAS, have nothing to attack the government with since the country is in a mess due to Umno, so they only have religion and race.

They should have arrested the lot of them, and controversial Muslim preacher Zakir Naik as well, under the Security Offences (Special Measures) Act (Sosma) instead of the so-called Liberation Tigers of Tamil Eelam (LTTE) terrorists.

Detention until the next election is enough time for them to reflect on the error of their ways.

Beeja: Mujahid was pathetic. In a more cultured society, the Malaysian authorities' parochial mindset, and actions with respect to Zakir Naik, the Seafield temple incident, Sisters in Islam, etc, cannot be defended.

His progressive Islam narrative rings hollow. He could not articulate how it was to be translated to action and what changes one may expect.

It is perplexing why we have a federal minister and an entire ministry on the religion when they lack jurisdiction over Islamic matters in the states.

Hmmmmmmmm: “All these words and statements are not suitable in Malaysia, and I have said this many times. I also warned him (Zakir Naik) about his position in Malaysia, that he should be more alert in the sense that Malaysia is a multiracial country,” said Mujahid.

Mujahid, this is where you are wrong. Those words and statements by Zakir Naik are not acceptable anywhere in the world. These are not inspirational speeches or words of encouragement but hate speech.

Anonymouss: Minister, your biggest mistake was to accept this BBC talk show. You found yourself being cornered and struggling to answer questions on Zakir Naik.

Your self-proclaimed new narrative on Islam in Malaysia is nothing new. It is the same old ploy using religion for a political agenda.

Your statement: "I have said many times that Zakir Naik's approach is not relevant in Malaysia," but at the same time you have called him "inspirational".

What does Zakir Naik possess that inspires you? You are conflicting in your statements on Zakir Naik and did not answer the question asked by the host of the BBC talk show on why you called him "inspirational".

Lord Denning: Harapan ministers can embarrass themselves on our shores and that is bad enough.

It was an ill-considered decision to send this ‘jaguh kampung’ (village champion) into a combative question-and-answer format on the ‘Beeb’ with a journalist of Zeinab Badawi's stature.

Mujahid has made Malaysia look stupid with his inarticulacy and inadequate grasp of the issues.

PB: Goodness. What made him think it would be a good idea to appear on the show? Especially since he is clearly unable to defend the rightly indefensible position of the country.

Eleos: Indeed, Mujahid is dumber than I thought. He should have done his homework. This is not a programme for the faint of heart.

He has disgraced himself, and rightly so, but did he have to drag the country down as well?

Sarawak4Malaysian: Mujahid was running in circles after being trapped by his contradictory statements.

It goes to show the quality of people we have elected to run our country – intellectually-challenged and in many cases, closet bigots.

Harjit Singh: How can you promote a progressive religion when you harbour and protect people who are ultra-conservative?

Sisters in Islam was declared as a deviant organisation. SIS has done so much for Muslim women and their rights. The leaders of this organisation are truly progressive.

You can’t, or didn't, do anything about it.

HanafiahPuteh: Yes, very disappointing. Mujahid sounds like a minister without much power. It also reflects poorly on the PM.

What we gather from this interview is that there is no concerted effort by the PM and his government to reach out to the other religions and to control the Islamic extremists. So pathetic.

When this happens, we sacrifice everything - economic progress, education, security and, most important, our dignity.