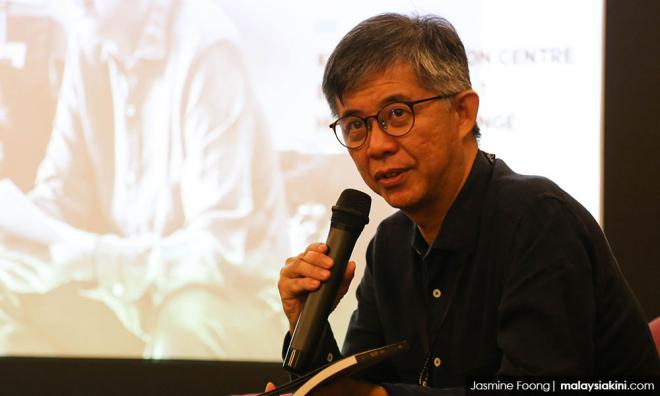 PKR vice-president Tian Chua has added his voice to the chorus criticising the party's disciplinary board for the sacking of the former aide to Works Minister Baru Bian, Zakaria Abdul Hamid, and another party member, Ismail Dulhadi.

"It is clear that due process has not been followed. As a party founded upon the movement for reform and justice, it is rather unfortunate that such heavy-handed action has been employed," he said in a statement today.

Tian Chua's statement was in a similar vein to the reactions of fellow PKR vice-president Zuraida Kamaruddin and others seen to be in the camp of party deputy president Azmin Ali.

The party's disciplinary board chairperson Ahmad Kassim said the board made the decision after being advised by the MACC, via a letter dated Oct 23, 2019.

The MACC has since said the letter was sent by mistake, while PKR communications director Fahmi Fadzil said Zuraida would know the full details behind the sacking if she had attended party meetings.

Tian Chua took a swipe at such reasoning.

"I note that some quarters have attempted to justify such unjust actions by blaming the absence of several key MPP members. The fact is that the alleged incident of “wrong-doing” happened nearly a year ago – so why is there the sudden need to rush through this drastic action?"

"As it stands, their action can also be read as improperly hasty and targeted, without due process of notifying members of their intention as well as giving the accused a chance to speak on the charges," he added.

Events that led to the formation of PKR

Citing the party's formation in the aftermath of Anwar Ibrahim's dismissal from the government in 1998, Tian Chua said:

"Many of us threw ourselves into this struggle because of our outrage triggered by an unfair dismissal in 1998 that was deemed cruel and oppressive. Our objection then towards injustices based on overturning due process led us to the formation of Parti Keadilan Rakyat.

"With this history which we inherited, we must be extra careful and meticulous in the party’s decision-making.

"It is unacceptable that anyone could be sacked without prior notice and without being given an opportunity to defend themselves," he said.

Tian Chua went on to appeal to Ahmad Kassim to retract the announcement and return to the proper due process.

Despite being the largest party in Parliament and in the ruling Pakatan Harapan coalition, the PKR leadership is struggling to contain the escalation of factionalism.

Yesterday, a Malacca government motion to nominate a PKR leader aligned to party president Anwar as a senator was defeated after two PKR assemblypersons aligned to party deputy Azmin left just before the vote.