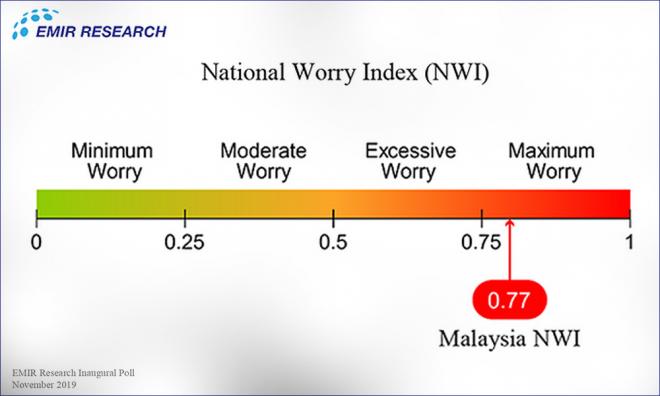 Survey finds M'sians at 'maximum worry', and 9 news from yesterday

1. A survey aimed at formulating a National Worry Index found the worry level among Malaysians to be at “maximum”, with many respondents reporting concerns about the Pakatan Harapan government and the economy.

2. Political intrigue continues in PKR as PKR Youth sacks its permanent chairperson and his deputy, while the other sacked PKR member Zakaria Abdul Hamid was greeted by dozens of supporters upon returning to Malaysia.

3. The High Court in Penang has rejected Gerakan’s challenge to the government’s move to teach the Jawi script in vernacular schools.

4. As police zoomed in on those who brought communist leader Chin Peng’s cremains back into Malaysia, Prime Minister Dr Mahathir Mohamad said the “petty” issue is being played up to cast the government in bad light.

6. Following several gaffes involving the national flag, Education Minister Maszlee Malik said Malaysians who are ignorant about the Jalur Gemilang are “unforgivable” and described such ignorance as a “betrayal.

7. Noting that a cabinet reshuffle would not necessarily put a better candidate in office, Mahathir said he is satisfied with the current cabinet’s performance, for now.

8. Environmental groups are not satisfied with the government’s explanation that it merely wants to explore rare earth metal resources in Perak but not mine them, pointing out that there would be no exploration if there is no intention to start mining operations if viable deposits are found.