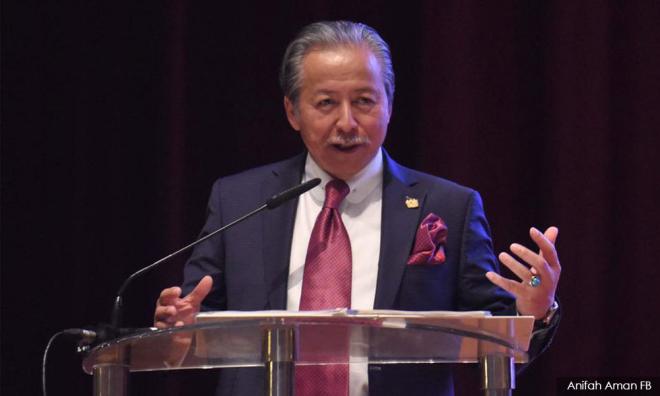 Court paves way for Kimanis by-election, and 9 news from yesterday

1. The Federal Court has upheld a ruling nullifying Anifah Aman's 2018 victory in the Kimanis parliamentary seat in Sabah, paving the way for a by-election.

2. The government has tabled and passed Malaysia’s first Defence White Paper in Parliament, with Defence Minister Mohamad Sabu urging that the government should spend at least one percent of GDP on defence.

3. User data collected by Malaysiakini showed that MRT’s billion-ringgit infrastructure is being let down by the irregularity of the schedules of its feeder buses.

4. The government has ordered an investigation into the Malaysia Tattoo Expo 2019 for allegedly featuring models who are nearly naked, despite being a closed-door event.

5. Home Minister Muhyiddin Yassin expressed concern over a “communist trend” following an event in Kajang to commemorate the 30th anniversary of the signing of the Hat Yat Peace Accords.

6. The Auditor-General’s Report once again revealed a slew of irregularities, including the Tourism Ministry’s unpaid and ineffective promotional campaigns, KTM’s RM2.8 billion losses and dead farmers being paid subsidies.

7. PKR president Anwar Ibrahim stressed there would only be one annual congress of the party, amid speculation of a parallel event taking shape.

8. Bersatu chairperson Dr Mahathir Mohamad praised the party’s Youth and Women’s wings as being more active than their seniors.

9. Umno Youth leaders have criticised the government for supposedly allowing terrorist groups such as communist insurgents and the Liberation Tigers and Tamil Eelam to fester under its watch.

10. Twenty rescuers have become stranded by floodwaters while delivering food to flood-affected Orang Asli communities in Gua Musang. More than 11,000 people have been displaced by floods in Kelantan and Terengganu.