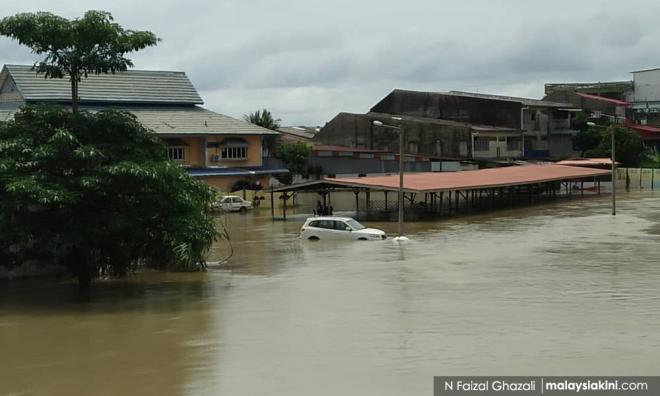 A Siamese labourer who slipped and fell into a flooded padi field while pulling the net became the second victim to die in the floods in Kelantan.

Tumpat district police chief, Supt Abdul Rashid Mat Daud said villagers found the body of Eh Phong Areang, 49, about 11.30am yesterday near the area where he was reported to have fallen.

According to the report lodged, the victim left his house at 8am but had since failed to return home.

The case is classified as sudden death and no criminal element involved.

The first flood victim in the state was a seven-year-old boy who drowned in a canal.

Mohammad Ilham Hasmadi was reported to have followed his uncle to an irrigation canal around 6.30pm on Sunday to fix a fishing net when he slipped from a plank bridge and fell into the canal, swollen with floodwater.

His body was found in a flooded paddy field in Felcra Teratak Batu in Pasir Puteh around 8am yesterday.