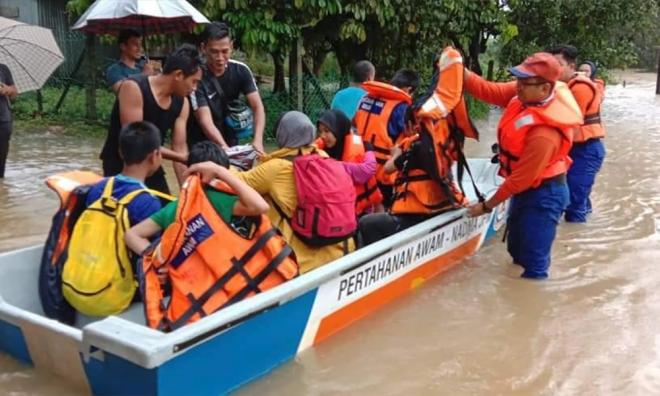 The government has allocated RM1 million in relief aid for flood victims in Kelantan this year.

"The allocation is based on the number of victims’ data. The preparations have been made for every state but for now the special priority is for Kelantan and Terengganu," he said when met at Sekolah Kebangsaan (SK) Kamil 1 PPS, here today.

Zulkifli said the department has placed 5,454 workers including volunteers at 606 PPS throughout Kelantan.

He said the volunteers were from the local community as well as registered agencies staff who were volunteering.

Commenting on individuals who posed as flood victims to receive aid, Zulkifli said the JKM was only registering individuals at the PPS.

"For assistance (after the flood), the agencies and other departments involved have their own conditions to determine eligibility," he said.

Earlier, Deputy Prime Minister Wan Azizah Wan Ismail dropped by the centre to check on the flood victims and relief operations there.