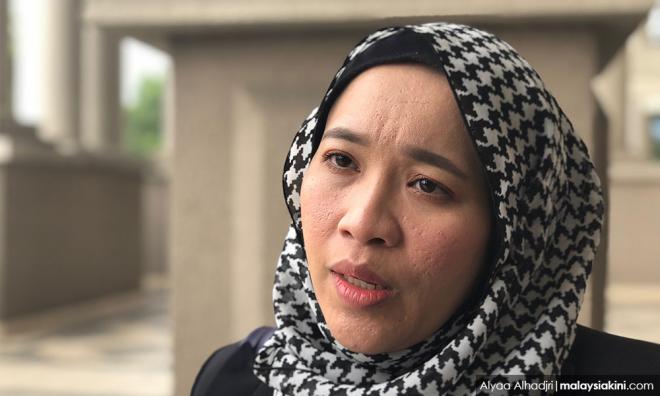 The High Court in Kuala Lumpur has fixed Jan 23 next year for its decision on the prosecution's application to forfeit RM32,962.87 seized from the Kelantan Umno liaison committee.

The money was seized by the Malaysian Anti-Corruption Commission (MACC) last year after it was allegedly linked to the 1Malaysia Development Berhad (1MDB) scandal.

Nik Haslinie said the prosecution had filed an application for the rights of the money in the current account of the Kelantan Umno, as the respondent, to be forfeited in accordance with Section 56 of the Anti-Money Laundering, Anti-Terrorism Financing and Proceeds of Unlawful Activities Act 2001.

"The MACC seized RM32,962.87 on June 29, 2018, and based on the notice of motion and affidavits filed, the prosecution seeks to forfeit the money," she said during the proceeding.

Earlier, Nurul Hazreen said the respondent had no reason to feel suspicious about the source of the funds.

However, Nik Haslinie said the respondent should have felt suspicious as the money was a result of illegal activities.

"The respondent should have had reasonable doubts over the money. The cheques received were from Najib Abdul Razak's account on his own personal capacity, not as the prime minister or Umno president.

"As such, the respondent's argument that it had no knowledge of the source of the funds should not be accepted by the court," she said.

In a press conference held previously, MACC Chief Commissioner Latheefa Koya said applications for the rights to be forfeited have been made against 41 respondents in order to retrieve about RM270 million in funds linked to the 1MDB.

Latheefa said the move was in accordance with the Anti-Money Laundering Act as the MACC alleged that the money had been transferred from the bank account of former prime minister Najib.