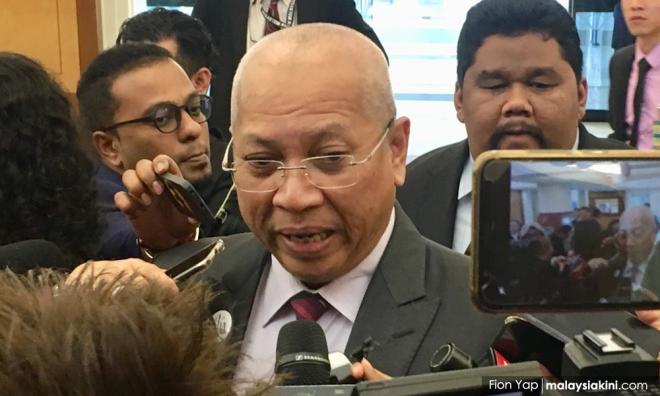 Umno secretary-general Annuar Musa said party president Ahmad Zahid Hamidi's fleet of luxury vehicles should not be taken out of context and made an issue.

Taking to Twitter, Annuar (photo) said Zahid was a multi-millionaire even before active politics.

"As far as I know, several of the vehicles were gifts from a sultan," he said.

"What is the purpose of making an issue out of this? Wasn't he already a multi-millionaire 25 years ago when he was a corporate figure?"

Several political personalities had highlighted news reports of a court testimony yesterday which listed down 21 vehicles owned by Zahid, his wife and one Juhari Janan.

The court heard that Zahid had to pay RM35,726.80 annually for vehicle road tax to the Road Transport Department.

Previously, the prosecution had said they will prove that Zahid had abused funds meant for charity foundation called Yayasan Akalbudi.

Among others, Zahid was alleged to have used the foundation's money to pay for the road tax of his fleet of vehicles.

So far, the court has heard that Yayasan Akalbudi was set up in 1995 as a charity foundation for Bagan Datuk voters, whom Zahid represents in Parliament.

Prosecutors said the funds were never used for its intended purpose and was instead used by Zahid for personal gain.