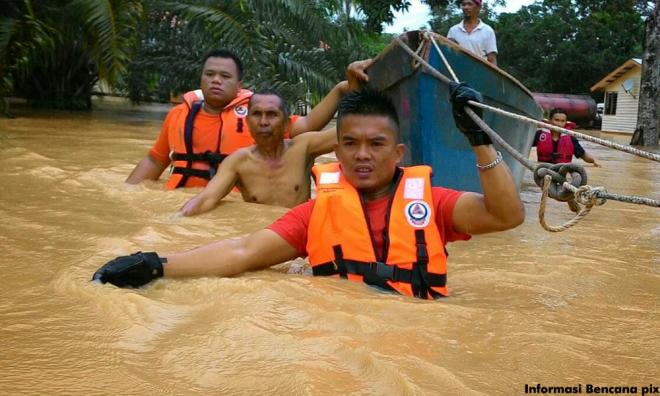 Number of flood evacuees in Sabah up, unchanged in Johor

The number of flood victims evacuated from several villages in Beaufort and Membakut districts in Sabah has increased to 377 people as of 9am today.

The Sabah Civil Defence Force in a statement said 377 victims from 136 families were evacuated to the temporary evacuation centre (PPS) at Selagon hall here this morning compared with only 206 victims from 27 families recorded yesterday.

The PPS was opened at 2.50am on Tuesday following continuous rain since Monday, causing 20 villages in both districts inundated by floodwaters.

Several roads connecting the villages were also affected and inaccessible to all types of vehicles.

Meanwhile, the number of flood victims in the Kota Tinggi district in Johor remained unchanged at 717 people from 182 families as of 8 am today.