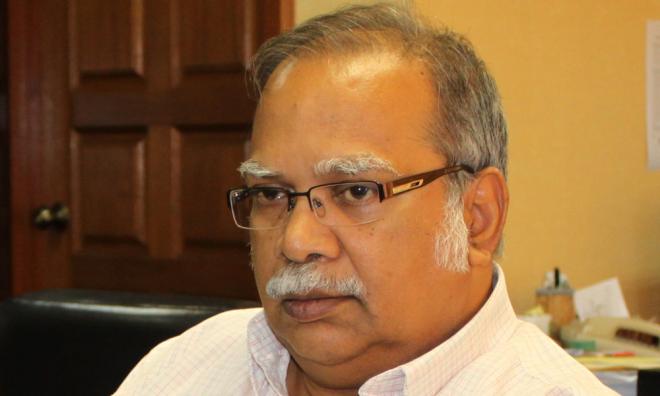 However, the DAP assemblyperson did not name who these influential people were.

“Zakir might be banned from giving speeches, however, he is still an important person in some circles.

“Despite the damage he has caused Malaysia on the matter of interethnic relations, he is still a favourite in some influential circles,” he said in a statement this evening.

According to Ramasamy, this could be the only explanation for Zakir's presence at the Kuala Lumpur Summit 2019.

“Zakir was invited as a special guest.

“During the course of the gathering, he was seen mingling and discussing things with some participants,” he added.

Ramasamy was responding to the backlash over an old tweet attributed to the Indian-born preacher in which Muslims were advised that it was a “sin” to wish Christians a “Merry Christmas.”

Met at the summit this morning, Zakir told Malaysiakini that he did not have a Twitter account but declined to elaborate on the matter.

“For Zakir, the past is coming back to haunt him. He can say that he doesn't have a Twitter account now but what about a few years ago?

“For anyone who has followed his preaching over the past few years, his twists and turns should not come as a surprise,” he added.

The deputy chief minister said if Zakir felt it was “offensive to be around Christians or non-Muslims in general”, he should leave Malaysia in search of “greener pastures” - countries which were 100 percent Muslim.

“Anyway, whether he is a favourite in some circles in Malaysia or not, he is still a fugitive in the country. The government of India wants his extradition for (alleged) money laundering and promoting terrorism.

“The Malaysian government refuses to extradite him fearing that this might endanger his life,” he added.

Zakir had claimed that the charges against him were fabricated saying that the Interpol declining India's request to issue a "Red Notice" for him was proof of this.

Zakir was banned from speaking in public after his controversial remarks during a ceramah in Kelantan in August.