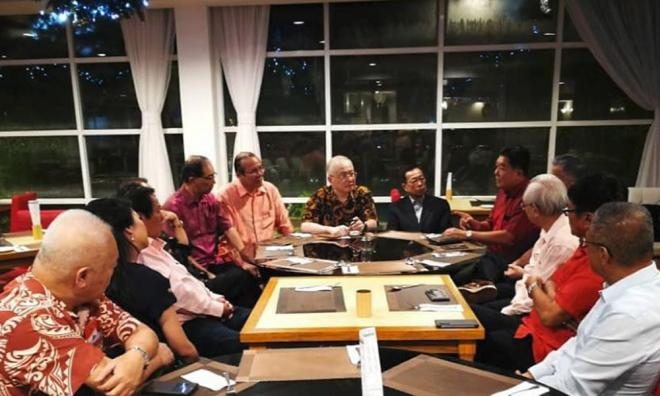 KIMANIS POLLS | MCA president Wee Ka Siong has called on the spirit of the Tanjung Piai election to be carried over to the upcoming Kimanis polls and propel BN to victory.

In a Facebook post this afternoon, Wee confirmed having discussed preparations for the Kimanis by-election with Sabah MCA leaders last night.

"Although the number of Chinese voters in Kimanis is less than 1,000, each vote is important and highly appreciated by BN.

"We will make sure that the voters in Kimanis will continue to support BN.

"The spirit of the BN struggle in the Tanjung Piai by-election will continue in Kimanis for BN's ultimate victory," said Wee, who ended the post with the hashtags #HidupBNDemiRakyat and #PRKKimanisTolakWarisan.

The Federal Court nullified the 2018 election result for the Kimanis seat on Dec 2 and a by-election will be held on Jan 18.

During GE14, Anifah Aman won a slim majority of 156 votes, but he has since announced that he will not stand again.

BN is expected to announce its candidate on Jan 1, with sources claiming that Kimanis Umno chief Mohamad Alamin has emerged as the most popular candidate.

Nomination day will be on Jan 4, with early voting on Jan 14.