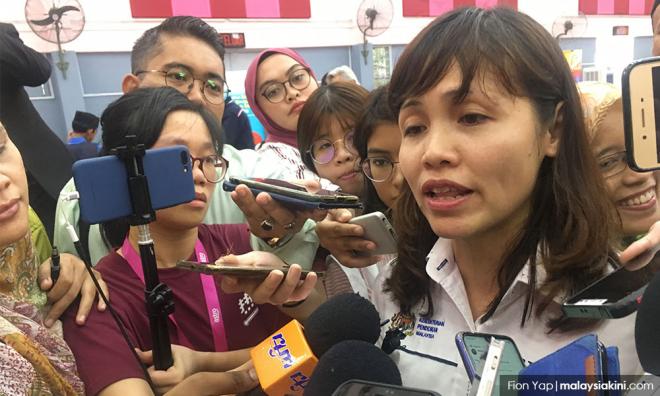 Do not be afraid to fall, Teo tells Maszlee

"Do not be afraid of mistakes because only with the first mistake we would be able to add to our knowledge and get to the right path," she quoted Hamka in a statement.

According to Teo, she had learned a lot from Maszlee during their time working together and expressed her appreciation for his guidance.

She also put in some good words on Maszlee's character, saying the Simpang Renggam MP was someone who has strong will while helming the ministry.

"I had learned a lot from Maszlee, who is someone with a strong will and never knew the meaning of being tired.

"Heading such a big ministry was not an easy task. So many positive changes he had introduced to improve the country's education system, both at the basic education level and higher learning," she said.

Teo, who is Kulai MP, ended her statement thanking Maszlee for his service, and another famous quote — "May the force be with you!"

Maszlee, who became the education minister 20 months ago after Pakatan Harapan won the 14th general election in May 2018, announced his resignation during a press conference yesterday.

Saying the decision was made following advice from Prime Minister Dr Mahathir Mohamad, Maszlee also spoke about how he was more seen from a controversial perspective rather than the ministry's achievements under his leadership.