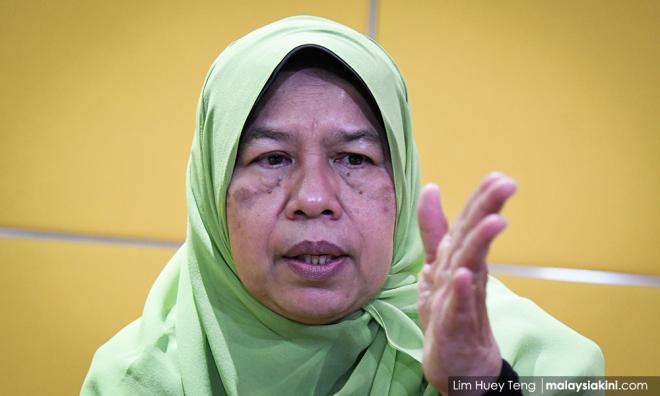 PKR secretary-general Saifuddin Nasution Ismail today confirmed that a complaint made against its vice-president Zuraida Kamaruddin for allegedly making a statement which insulted the party’s top leaders.

The case has been referred to its disciplinary committee for further action.

He said the PKR disciplinary committee headed by Ahmad Kasim has received the complaint and is investigating.

“PKR leaves it totally to the disciplinary committee to make the final decision,” he told reporters after launching the first TF Value-Mart in Penang here today.

Last December, Zuraida who is also Housing and Local Government Minister had allegedly made a statement insulting the party’s top leadership in a speech at a Shared Prosperity Vision dinner event in Kuala Lumpur.

Saifuddin Nasution who is also Domestic Trade and Consumer Affairs Minister said for now, he did not have any information on the development of the investigation into the case and if it was completed or not.

The outcome of the investigations will depend on the facts of the case, he said.

“The disciplinary action which can be taken could be a warning, suspension or expulsion from the party,” he said. - Bernama