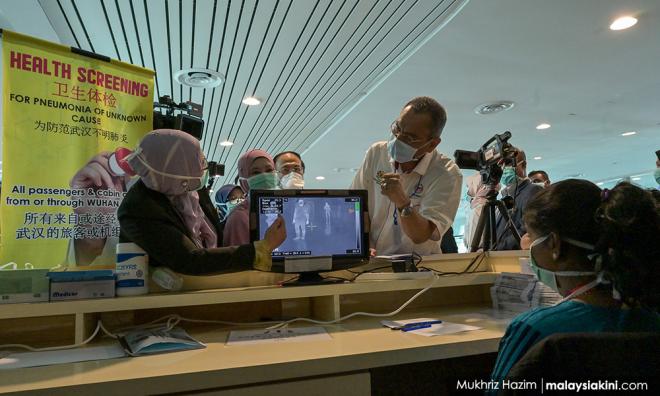 Viral fake news on coronavirus getting critical, and 7 news from yesterday

1. Health Minister Dr Dzulkefly Ahmad said while the coronavirus is an urgent matter to deal with, another kind of "viral" which has become critical is the spreading of fake news in regard to the matter.

2. Malaysia also temporarily suspended all immigration facilities for China nationals who originated from Wuhan district and Hubei province, as part of the government's efforts to contain infection of the new coronavirus.

3. Lawyers for M Indira Gandhi said she will be suing Inspector-General of Police Abdul Hamid Bador for RM100 million over the failure to track down her missing daughter Prasana Diksa.

5. Chinese Premier Li Keqiang visited Wuhan, the epicentre of an outbreak of a new coronavirus that has killed 81 and infected more than 2,700 people, as Beijing sought to signal how seriously it aims to respond to the developing crisis.

6. The Global Health Security Index survey ranked Malaysia in 18th place among 195 nations, and the third best in Asia, in terms of overall readiness to face a disease outbreak.

7. Kobe Bryant, one of the NBA's all-time greats whose international stardom transcended basketball, was killed in a helicopter crash near Los Angeles, along with his 13-year-old daughter and seven others on board. He was 41.

8. The Indian government will sell 100 percent of Air India to exit a business that is incurring huge losses. Bidders have until March 17 to submit their bids, according to a sale document released yesterday.