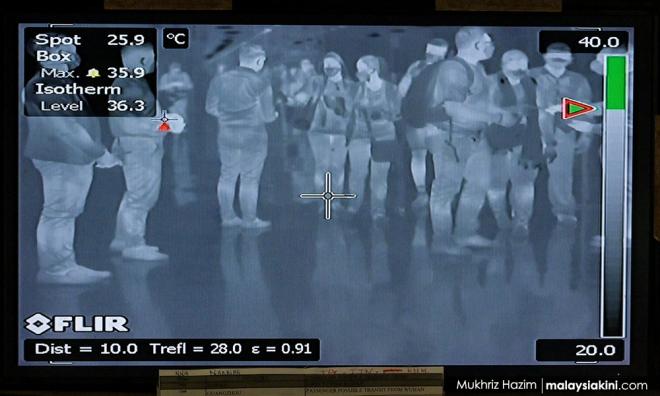 CORONAVIRUS | A Malaysian man who was infected with the novel coronavirus (2019-nCoV) after attending a business meeting at the Grand Hyatt Hotel in Singapore has contributed to a second local human-to-human transmission.

The 41-year-old Malaysian man, referred to as "Case 9", had passed on the virus to his 65-year-old mother-in-law, making it the 17th case and the second local human-to-human transmission.

Previously, he had infected his 40-year-old sister, who was detected by health authorities on Feb 6 and became "Case 13". It was also the first local human-to-human transmission.

All other instances have been imported cases, meaning patients were likely to have contracted the virus abroad before entering or returning to Malaysia.

This cluster of infection can be traced back to a business meeting at the Grand Hyatt in Singapore, which took place from Jan 20 to 22, and has been the source of several 2019-nCoV infections including three cases involving Singaporeans, four South Koreans and one United Kingdom citizen.

The meeting had comprised international delegates including from Malaysia.

With reference to the latest Case 17, Health Ministry director-general Noor Hisham Abdullah (below) said the 65-year-old Malaysian woman also suffers from several chronic illnesses including high blood pressure, diabetes, partial paralysis and is a heart patient reliant on a pacemaker.

She began to exhibit symptoms on Feb 5, 2020, and was given outpatient treatment at a private hospital and allowed to return home with a follow-up appointment on Feb 7. Prior to that, she has only stayed at home.

However, health authorities had the entire family tested after it was confirmed her son-in-law was infected with the 2019-nCoV.

"The test for 2019-nCoV was confirmed to be positive on Feb 8 while the rest of the family tested negative," he said in a statement.

The woman has been admitted to the isolation ward at Sungai Buloh Hospital and is in stable condition.

He said the woman likely contracted the virus from the son-in-law during several Chinese New Year meals.

The latest case also means a total of five Malaysians have been infected comprising two local human-to-human transmissions and three imported cases. The remaining cases all involve citizens from mainland China and were imported cases.

There are now 17 cases in Malaysia. No deaths have been recorded and Malaysian medical teams have successfully treated two patients and three more are also expected to recover and discharged soon.