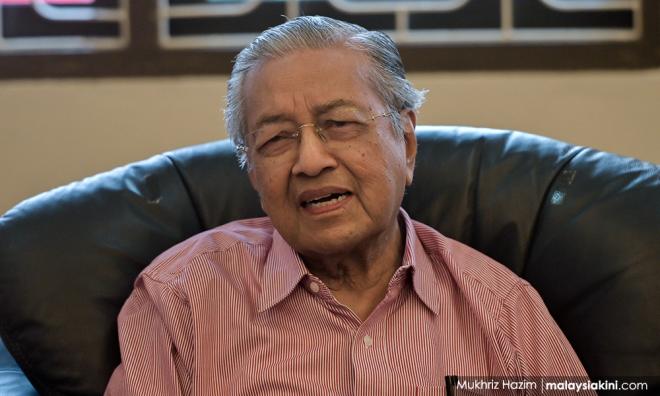 Opposition parties, particularly PAS, should support the amendment to the Federal Constitution to make Sabah and Sarawak equal partners in Malaysia, pursuant to the Malaysia Agreement 1963 (MA63) if they truly support the leadership of Prime Minister Dr Mahathir Mohamad.

In making this call today, Minister in the Prime Minister’s Department Liew Vui Keong said such a show of support would be better compared to the suggestion by PAS deputy president Tuan Ibrahim Tuan Man to table a vote of confidence in Mahathir when Parliament convenes next month.

“I think this is the best opportunity for them to show support for Mahathir as prime minister,” Liew said to the media after attending an event here.

He said the task force established to enable the government to look into the implementation of MA63, had been operational for 11 months, and as a result, consensus had been reached between the Federal Government and the Sabah and Sarawak state governments, with regard to 17 out of 21 issues related to MA63.

The minister added that a special committee chaired by Mahathir, with the Chief Ministers of Sabah and Sarawak respectively as members, and the Prime Minister's Department serving as secretariat, will monitor the implementation of all decisions agreed upon.

On another matter, Liew said the special committee to review alternative sentences to the mandatory death penalty, was expected to present its findings to Parliament next month.

Over the last four months, he said the committee had gone to seven states, meeting with all relevant stakeholders including the family members of victims, as well as inmates who are on death row.

Liew said the committee had also come up with recommendations on action to be taken in reference to 1,305 prisoners currently on death row.

On proposed amendments to the Road Transport Act 1987, to provide for stiffer penalties, which the Cabinet had recently agreed to in principle, he said these included imprisonment for up to 20 years for offenders found guilty of driving dangerously or under the influence of alcohol or drugs.