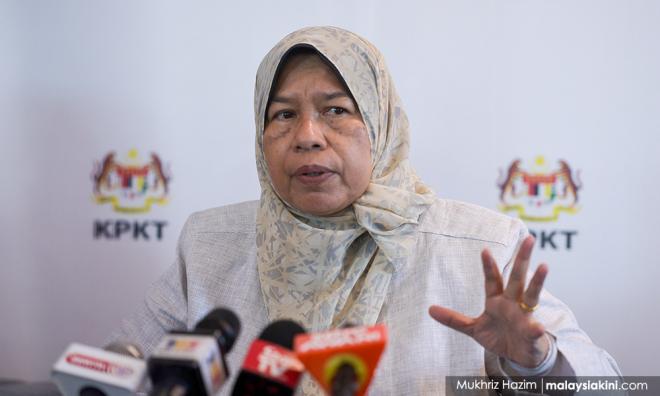 The Licensed Money Lenders Association or the Credit Community, as well as the pawnbrokers association, have agreed to a three-month moratorium to ease the burden on borrowers, says Housing and Local Government Minister Zuraida Kamaruddin.

Licensed moneylenders registered with the ministry, meanwhile, had agreed not to impose late charges throughout the movement control order (MCO), she said in a statement today.

She said the matter was agreed after discussions with the respective associations following the announcement of additional measures under the Prihatin Rakyat economic stimulus package on April 6.

In the announcement, Prime Minister Muhyiddin Yassin called on licensed moneylenders registered under the Moneylenders Act 1951 that provide credit facilities to impose a six-month moratorium on loans for SMEs beginning April 2020, similar to that provided by banks in the country.

"The Credit Community is also advised not to charge interest rates in excess of what is stipulated under the Moneylenders Act 1951 (Act 400), namely 12 percent for secured loans and 18 percent for unsecured loans during the MCO period," he said.

Zuraida said the government had also agreed that the premises of companies from the credit community or pawnbrokers be allowed to operate for two days a week.

She said the operating hours would be limited from 9am to 2pm to allow SMEs to carry out their transactions.

According to Zuraida, her ministry had received many inquiries from the public about the services of the credit community and pawnbrokers via its hotline during the MCO.

Zuraida said the companies would have to comply all with the directives and regulations under the Prevention and Control of Infectious Diseases Act 1988 (Act 342), including maintaining a social distance of at least one metre, wearing a three-ply face mask, and providing hand sanitizer to customers.

They should also regularly carry out the disinfection process at their premises, she said.

Members of the public and SMEs involved can obtain further information on the ministry’s services via its hotline at 03-8891 3975.