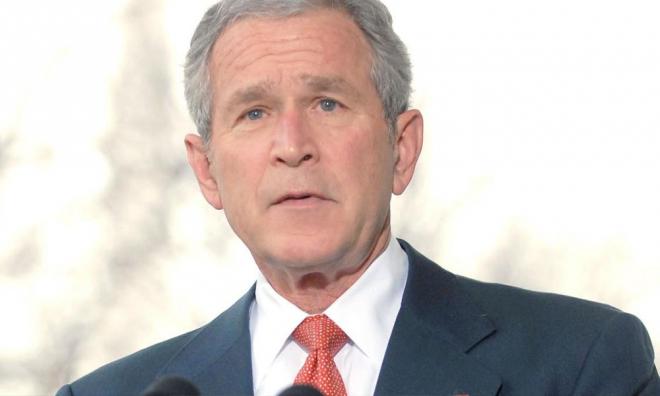 Former US president George W Bush said on Tuesday the killing of George Floyd reflected a “shocking failure” concerning racism in the country, and urged that protesters be heard, in sharp contrast to fellow Republican Donald Trump’s get-tough approach.

Without mentioning the president by name, Bush (photo, above) suggested it was out of step with the country’s values to have driven protesters from Lafayette Square across from the White House on Monday just before Trump walked through for a photo opportunity...
united states
killing
black american
george floyd
george bush
Related Reports
Protests swell in major US cities despite curfews, Trump vows to crack down
2 months ago
Four police shot in violent protests after Trump vows to bring in U.S. military
2 months ago
Explainer: Can Trump send US military to quell violent protests?
2 months ago
Former U.S. President Obama condemns violence at protests
2 months ago