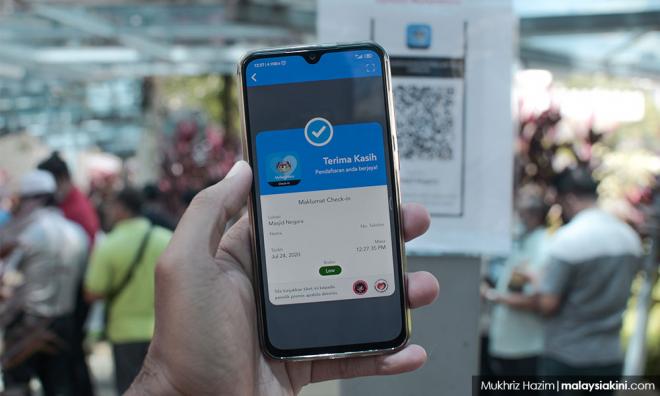 1. Defence Minister Ismail Sabri said the use of the MySejahtera app will be made compulsory at all businesses to facilitate Covid-19 contact tracing, except in rural areas where the internet connection is unstable.

2. The Health Ministry has revealed that the restaurant at the centre of Sivagangga cluster failed to record customer details for contact tracing purposes, and one patron had attended Hari Raya Aidiladha celebrations despite showing Covid-19 symptoms.

3. Former Inanam assemblyperson Kenny Chua claimed he defected from PKR to side with former Sabah chief minister Musa Aman due to misgivings over Warisan’s support for Dr Mahahtir Mohamad, and other issues he “didn’t think were right” in the state administration.

4. After a spate of defections, Warisan president Shafie Apdal said loyalty to the cause will be the main criteria for choosing the party and its allies’ candidates for the coming Sabah election, while Mahathir said he would travel to Sabah to ensure defectors will be punished.

5. Former attorney-general Tommy Thomas claimed that some statements made by the government regarding its settlement with Goldman Sachs over the 1MDB scandal are misleading, while Finance Minister Tengku Zafrul Abdul Aziz defended the settlement as a pragmatic move.

6. A witness in the corruption trial against Rosmah Mansor claimed that then education minister Mahdzir Khalid had sought a “reward” for the approval of a solar hybrid project for rural schools in Sarawak.

7. The Perikatan Nasional government has scrapped the previous Pakatan Harapan administration's plans to introduce laws that would punish Malaysian companies abroad that contribute to the haze.

8. Damansara MP Tony Pua urged the government to clarify reports that it is dropping a case filed by the previous administration against Abu Dhabi's International Petroleum Investment Company (IPIC) over a US$5.87 billion (RM24.8 billion) settlement dispute.

9. Police have arrested a suspect believed to have been seen beating a security guard in a video that has gone viral, and will seek a remand order against him today.

10. Police denied claims that a motorcyclist was fined for not wearing a face mask, and will revoke fines issued to those found not wearing masks while in private vehicles.