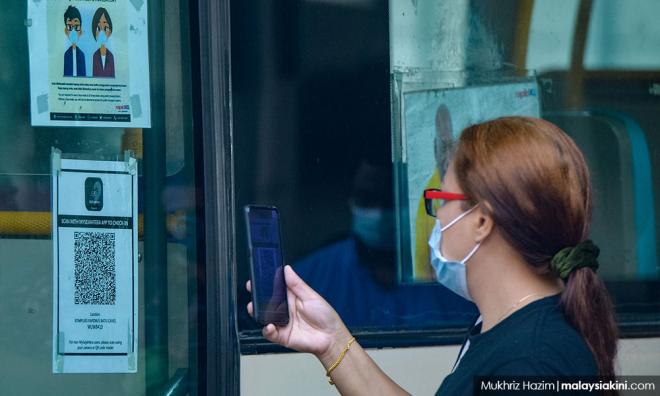 If you know any locations which were announced today but are not listed here, please send an email to [email protected].

An employee at Tower 7 of this office block was confirmed infected with Covid-19 on Oct 12.

Tower 7 was temporarily closed for disinfection and has been reopened, the management said in a notice to tenants.

One employee in a non-customer-facing role from its research and development department tested positive on Oct 14, said the national automobile manufacturer. Contact tracing and sanitisation procedures are underway.

Employees have been asked to avoid the office and work from home.

Bernama reported that an employee at the bank's headquarters at Jalan Raja Chulan has tested positive. All staff in direct contact with the employee will be screened for Covid-19, while others on the affected floor have been vacated and will work from home.

The bank reportedly said the headquarters will be closed until Monday for sanitisation works, but its operations are unaffected is line with its business continuity plan.

Kosmo reported that the Bukit Aman Commercial Crimes Investigation Department director Zainuddin is going into quarantine, along with 69 other officers, 19 police personnel, and 17 general staff members in the department.

The report quoted Deputy Inspector-General of Police Acryl Sani Abdullah Sani saying said is because a bank officer who attended a meeting at the department's headquarters on Oct 5 has tested positive for Covid-19 several days later.

The company said in a notice that screening of its employees has detected seven Covid-19 cases today.

It said the screening was done after an employee is suspected to have contracted the disease following a rapid test on Oct 13 and is later confirmed through further testing at Sungai Buloh Hospital today.

Two employees have tested positive. One was attached to the City Planning Department (JPRB) in Menara DBKL 1 and had contracted the virus from her husband. She was symptomatic and tested positive on Oct 12.

The other was attached to the Building Control Department (JKB) in Menara DBKL 3. The patient, also symptomatic, was a close contact of a positive case and received a positive result on Oct 14.

In a statement, KL City Hall (DBKL) said both buildings have reopened after being sanitised.

Bernama reported that a customer who visited the religious affairs office on Oct 1 had tested positive for Covid-19, and has been ordered close for nine days by the Rembau District Disaster Committee this morning.

The religious office reportedly told Bernama that only one staff member has been instructed to undergo a Covid-19 test, while 26 others have been told to undergo home quarantine.

An employee at this branch has tested positive, according to a notice by the courier company.

The branch is closed temporarily and operations have been moved to the Petaling Jaya branch at Jalan Tandang until further notice.

Two employees at one of its five Bayan Lepas facilities tested positive. All close contacts have tested negative, according to a statement from the multinational company.

The facility in question previously cancelled evening shifts and temporarily closed for sanitisation. It has now been reopened.

One customer who dined at the restaurant between Oct 4 and 10 tested positive.

The eatery remains temporarily closed until further notice. All employees are undergoing self-quarantine until they receive their swab test results.

An attendee at the 9.15am Tamil mass on Sept 27 here tested positive for Covid-19 on Oct 12, said the Archdiocese of Kuala Lumpur.

The patient was asymptomatic at the time while masses were only suspended starting Oct 7.

As a precaution, those who dined at the campus cafeteria at Block A (Uncle Chong Cafe) from Oct 5-9 between 12pm and 2pm are urged to register here or contact Student Services at 017-220 4090 / [email protected].

The school is closed from Oct 15 to 21, after a Covid-19 case was detected there.

A Year Six student has tested positive at this school.

The student contracted the virus from an aunt who returned from Labuan, the state government said.

Six primary schools and one kindergarten are closed until Oct 20 after an unspecified number of positive cases were detected in Manjung.

All students and teaching staff have been ordered to undergo self-quarantine. Sanitisation is underway.

Two school students who reside here tested positive, after contact with an aunt who returned from Labuan.

A resident in Block B tested positive for Covid-19 on Oct 13. The resident's family has tested negative and are under 14-day home quarantine.

The condominium is temporarily closed to visitors and will reopen once sanitisation is completed later today.

The Kedah Health Department listed 13 cases that have been detected in the community across three districts as of yesterday:

In Baling district, five cases have been reported at Kampung Padang Che Mas Dalam Wang, Pulai. Kampung Rambong; Kampung Kota, Siong; and Kampung Dusun Raja, Bongor reported one case each for a total of eight cases in the district.

In Kuala Muda district, the four areas Taman Kelisa Ria and Taman Kempas in Sungai Petani; and Kampung Masjid and Kampung Baru in Tikam Batu, each recorded one case, repectively.

Passengers of Bas Ekspress Sabariah which departed Lahad Datu for Kota Kinabalu at 9pm on Sept 26 are urged to register at a local health clinic for Covid-19 contact tracing, the Sabah Covid-19 Disaster Management Committee said.

One passenger on the Oct 11 8:35am MH2608 KL-Labuan flight has tested positive. All 99 passengers on the same flight have been asked to undergo Covid-19 screening at the Membedai Health Clinic.