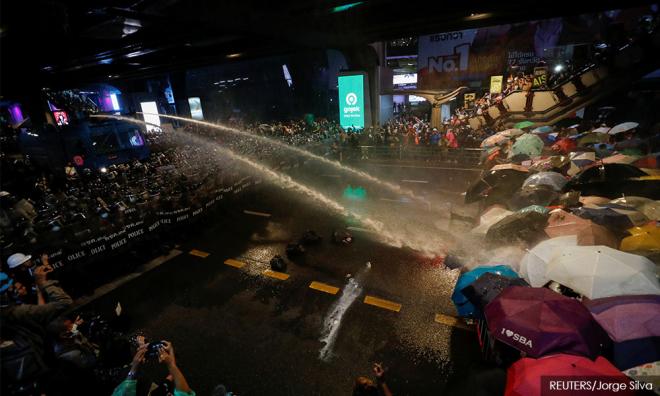 Thai police fired stinging liquid from water cannon at thousands of protesters on Friday in the most violent escalation of three months of demonstrations against the government of Prime Minister Prayuth Chan-ocha, a former junta leader.

Protesters, defying a government ban on gatherings for a second day in Bangkok, pushed back against helmeted police who advanced with batons and riot shields. In scenes resembling Hong Kong protests, demonstrators held umbrellas against the water.