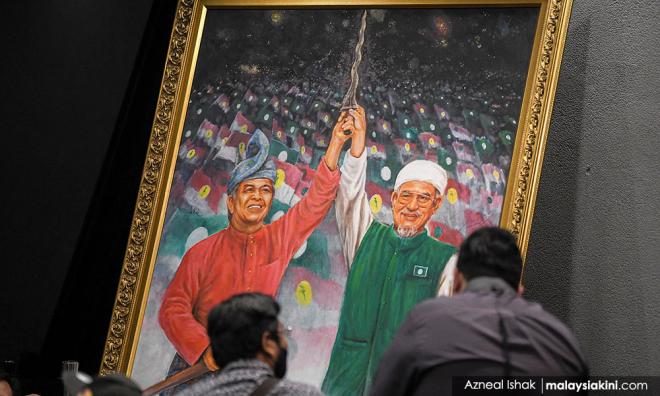 Key political meetings cancelled due to Covid-19, and other news you may have missed

1. A Muafakat Nasional meeting last night to discuss Bersatu’s entry into the fold has been cancelled, as with an Umno supreme council meeting today that was expected to discuss the withdrawal of the party’s support for Perikatan Nasional. The conditional movement control order currently in effect in the Klang Valley was cited as the reason for both cancellations.

2. Former Sabah chief minister Musa Aman said the spike of Covid-19 cases in the state should be blamed on his successor Shafie Apdal and allies’ “reckless” move to dissolve the state assembly in response to Musa’s political manoeuvring.

3. The Selangor government complained it is “boxing blindfolded” against the Covid-19 outbreak in the state after the Health Ministry stopped sharing data, but Health Ministry director-general Dr Noor Hisham Abdullah dismissed the claim.

5. Healthcare workers on the frontlines in the battle against Covid-19 shared their fear and frustrations in facing the resurging outbreak, and difficulties in convincing patients to get inside an isolation pod while being transported to the hospital.

6. Dewan Rakyat Speaker Azhar Azizan Harun reportedly said he has been consistent in his views regarding motions of no confidence in the august house, after a 2015 video where he spoke on the legal aspects of the motion resurfaced.

7. Prime Minister Muhyiddin Yassin is in talks of a possible cabinet reshuffle to maintain support from Umno, according to sources, while Umno Youth chief Asyraf Wajdi Dusuki urged political parties to set their differences aside and focus on fighting the pandemic.

8. Umno Youth deputy chief Shahril Hamdan has urged the party to discuss its branding to ensure it can reach out to voters who are either fence-sitters or have lost faith in the political system.

9. Selangor Sultan Sharafuddin Idris Shah has expressed disappointment over the latest water disruption in the state, which is expected to be restored in stages from today. The government does not rule out the possibility of sabotage.

10. New dates have been set to hear Najib Abdul Razak’s 1MDB trial and case management for the forfeiture suit against Najib and his spouse Rosmah Mansor. Both were postponed due to the conditional MCO in the Klang Valley.