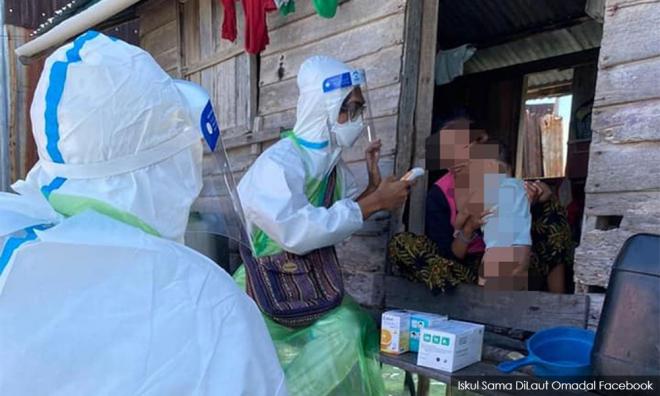 MP SPEAKS | There is an urgent need for a special humanitarian crisis package for Sabah now, as some 29 people in the Borneo state may die from Covid-19 if we wait until the 2021 Budget is presented in Parliament next Friday, Nov 6.

The third wave of the Covid-19 pandemic in Malaysia has claimed 102 lives in Sabah in the first 28 days of October, averaging a fatality rate of 3.64 lives daily – and if we wait for another eight days until Nov 6, we may see another 29.12 fatalities.

In contrast, eight lives were lost in the rest of Malaysia during the past four weeks.

Malaysia-wide, there were 30 fatalities for the five months from April 28, when Covid-19 claimed 100 fatalities, and on Sept 22, when the total of fatalities increased to 130.

This state of vulnerability of Sabah to the ravages of the Covid-19 pandemic is unacceptable and contrary to all the promises made during last month’s Sabah state election to give serious attention to the problems and needs of the people of Sabah.

The impression, especially by the people of Sabah, that they have been left to fend for themselves against the ravages of the third wave of the Covid-19 pandemic - which had been brought about by the greed of the Perikatan Nasional government in Putrajaya because it wanted to grab power in the Sabah state - must not be allowed to continue.

The third wave is officially regarded as having started on Sept 20, although it could have started earlier, during the Sabah state election, which had its nomination of candidates on Sept 12.

It would be most irresponsible and unconscionable to deny Sabahans a special humanitarian crisis package immediately, as Putrajaya must accept responsibility for the skyrocketing of 426 Covid-19 cases and eight deaths on Sept 1 to 13,701 Covid-19 cases and 114 deaths yesterday – an increase of Covid-19 cases by 32 times and fatalities by more than 14 times.

Sabah’s humanitarian crisis in the third wave of the Covid-19 pandemic is also the result of the long-standing neglect of the federal and Sabah governments, resulting in Sabah becoming the poorest state in Malaysia with the most backward infrastructure development.

This is the time for Putrajaya to give emergency aid to Sabahans who are facing a humanitarian crisis, keeping in mind that Sabah’s oil and gas revenue has provided billions to the national coffers.