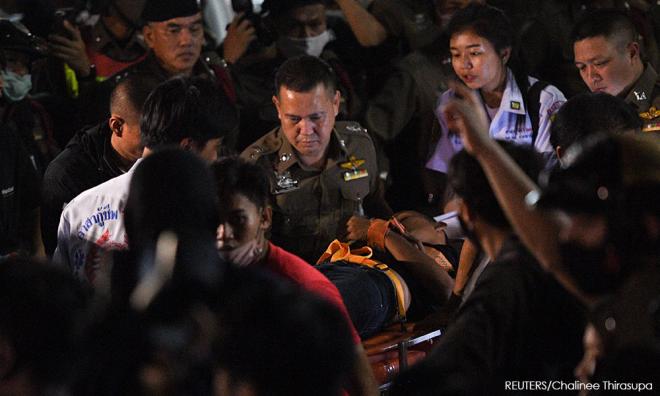 Thai police carried one of the country’s most high-profile protest leaders apparently unconscious from a van on Friday, as he and two others were re-arrested just as they reached the limit for their detention.

Panupong “Mike Rayong” Jadnok, 24, Panusaya “Rung” Sithijirawattanakul, 22 and Parit “Penguin” Chiwarak, 22, were all detained during a crackdown ordered on Oct 15 to try to end months of protests against the government and calling for reforms of the monarchy.