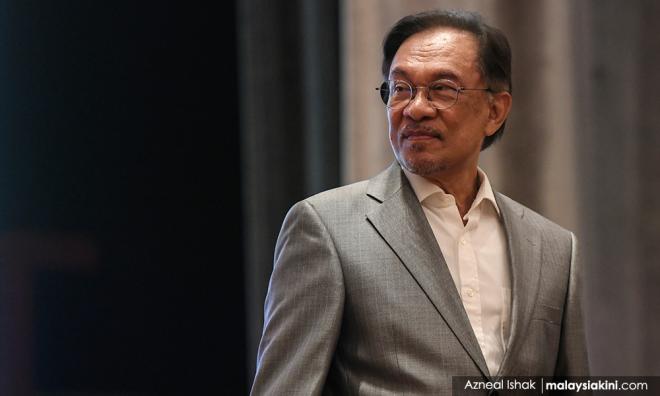 “If I feel threatened, others would also fall.”

COMMENT | Anwar’s response to the just concluded Tanjung Piai by-election “punishment” is apparently “shock” - but a seasoned politico like Anwar had no doubt read the tea leaves. The grand poohbah has said that the Pakatan Harapan manifesto is meaningless. Anwar should get the message that, for a significant number of the Harapan base, it is not.

When I said that a victory in Tanjung Piai is a victory for either Papagomo or the Perak MB, this translates to politics as usual which Anwar, unfortunately, does not fare well in. BN will rightly spin this as a victory for the kind of Malaysia they want and Harapan supporters should not dismiss this as just an aberration, a one-off punishment for Harapan.

The old maverick will certainly not see this as a referendum of his stewardship, and it will be interesting to see how those Malay operatives in Harapan aligned with Mahathir play the race and religion card in this defeat.

Some political pundits will claim that Harapan’s defeat was teaching the old maverick a lesson. So we shot ourselves in the foot when we voted Dr Mahathir Mohamad in and we will continue shooting ourselves on the other foot if he remains. Is this the strategy? Apropos everything, how is withholding aid from Tunku Abdul Rahman University College (TAR UC) working out for you, Mr Finance Minister?

Anwar has to demonstrate that he is not merely waiting docilely in the corner for a chance to test, if the faith of his supporters is misplaced by his ascendancy to the highest office in the land...

Anwar has the power to do as he likes, says Zuraida
17 Nov 2019
Anwar says BN's majority a shock, Harapan to evaluate people's dissatisfaction
16 Nov 2019
Anwar warns of those outside, inside waiting to see PKR weaken
16 Nov 2019
Pick another president if you dare - Anwar
16 Nov 2019