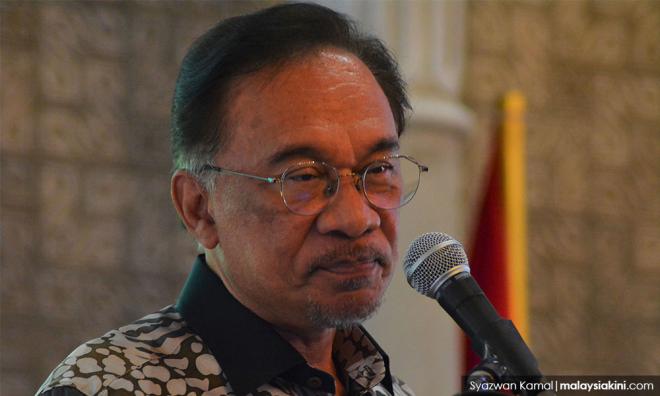 COMMENT | As news of the leaked telephone conversations linked to the 1MDB scandal broke last week – beyond the obvious amusement – I must confess to a sense of foreboding. Not for the future of ex-premier Najib Abdul Razak, for I have no tears to shed for him.

As far as I am concerned, if Najib is guilty of what he is accused of, then his greed and that of those associated with him have contributed to the horrible living conditions and even the deaths of many impoverished Malaysians who were deprived of roads, electricity and medical access because of the misappropriation of public funds.

No, the sense of foreboding I felt was that the whole episode was merely a prelude to a time when the prime minister-in-waiting Anwar Ibrahim might be suddenly hauled up – just as he and his followers begin to press for a firm date on which the incumbent should honour the promise to handover power.

Does this seem paranoid and unreasonable to you? Well, firstly the poor man has spent up to 10 years behind bars already – this started with 20 months as a student leader protesting against rural poverty and hunger in 1974. The education minister at the time of the clampdown on student protests was a future PM called Dr Mahathir Mohamad.

Then came the almighty shock of 1998. More than 22 years have passed but it’s still hard for one of my generation to forget the power of the Reformasi era, during which the then deputy prime minister and presumed heir apparent was sacked, beaten, humiliated in a trial and eventually jailed on charges of sodomy and corruption.

He spent nearly six years behind bars then, before the Supreme Court overturned his conviction (for sodomy at least) and freed him. If one is to believe that the charges were politically motivated, then it’s hard to avoid pointing the finger at the prime minister at the time, a man called Dr Mahathir Mohamad.

Soon after a triumphant showing in the March 2008 general election, Anwar faced another round of sodomy charges. He fought them off, but in March 2014, just as he was about to contest in a by-election to enable him to be Selangor menteri besar, the Court of Appeal overturned the High Court verdict, giving him another spell in the slammer. To be fair, this time around it was Najib who was at the helm when Anwar was jailed.

My fear is that politically-motivated charges will rear their head this year yet again – and turn the agreed-upon transition of power and our relative political stability on its head.

It would not be a very shocking development, would it? After all, just last month we witnessed a statutory declaration from a former research assistant alleging sexual misconduct against Anwar. Would you be really shocked if somebody conjured up a sex video or two? Or there was another stunning press conference starring a figure in authority like the MACC chief? I certainly hope that is not the case.

Just look at what’s facing us. Has there been a willingness to bend the rules? Is it a coincidence that last week’s sensational phone calls were revealed to the press just before a minister was cleared of involvement in another leaked sex video?

Is selective justice the order of the day in new Malaysia? Have we been kidding ourselves that anything has changed? If you are confused about all the political manoeuvring within the current administration – ask yourself the fundamental question – whom does it benefit? If the promise is that A will surrender power to B – who has a vested interest in breaking that promise? A or B?

For whatever reason, there are many who will oppose Anwar’s ascension to the prime ministerial seat, tooth and nail. Certainly, some have shown in the past a willingness to go to great lengths to prevent it.

I fear that when the time comes (and I actually thought it was going to be May 2020, by the way) – the promise for a transition of power could be disregarded as casually as were the promises in an election manifesto.

Maybe these are just foolish and outlandish fears. Maybe all will go off without a hitch. Certainly, we should all rejoice if there is no déjà vu of street protests, chaos, injustice and instability.

Hopefully, this is a year in which the ghosts of the past can truly be put to sleep.

Related Reports
Who in Harapan dares impose a retirement date on Mahathir?
a year ago
No prosecution in sex video scandal, Anwar hints at acceptance
a year ago
Retirement date may be imposed if Dr M doesn't commit to a timeline - Rafizi
a year ago
No request from cops to undergo polygraph test: Anwar
a year ago