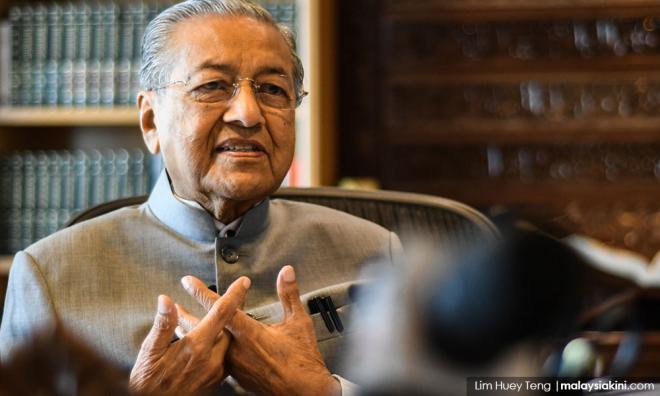 COMMENT | It is true that there are certain quarters within Pakatan Harapan who have never given up the idea of teaming up with Dr Mahathir Mohamad, yet again.

That is, if the tie-up with the nonagenarian and his Pejuang four is able to secure victory, either in GE15 or a majority vote in Parliament, for Harapan. At least, that is what observers are made to understand.

It is also true that Harapan leaders are deeply divided on this. DAP and Amanah are believed to be more receptive while PKR is understandably opposed to taking the Mahathir route again.

However, of late, PKR president Anwar Ibrahim has turned diplomat. As he must be seen to be a magnanimous and inclusive supremo, Anwar has stated that Harapan was prepared to work with all, including Mahathir, but stressed that any future cooperation must be reform driven.

This open-ended stand/policy of Harapan (some may call it indecisiveness) is probably why some political analysts believe that Harapan would...

COMMENT | Tommy Thomas and the burden of race
4 Feb 2021
YOURSAY | Ex-AG’s memoir: Some transparency is better than none
3 Feb 2021
Dr M 'satisfied' with Thomas but wanted him out due to 'bashing'
3 Feb 2021
LETTER | Memoir of a former AG: Could the publication be prevented?
3 Feb 2021
Ex-solicitor-general reports Thomas to cops over unflattering comments
3 Feb 2021
Ex-AG: Harapan's dithering and pandering led to poor law reforms
3 Feb 2021
Najib tells Thomas to retract memoir, seeks RM10m in damages
2 Feb 2021