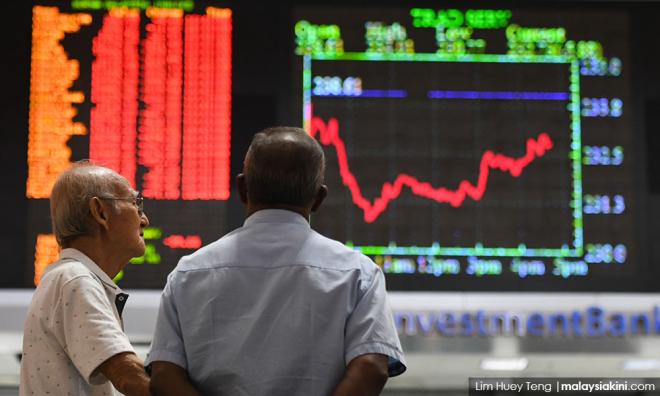 LETTER | Bank Negara usually retains more than 7 months of reserves in US dollar, which is considered healthy. At least healthy enough to import goods during the 7-month window.

Fitch and other credit ratings agencies do not weigh directly on the reserves of Bank Negara. But when they look at the probity and prudence of the leading financial institution, with nary an intervention from the Malaysian PM office, that is enough to warrant Malaysia an A- rating.

An A - rating can do heaps. For example, Malaysia can get Samurai Bonds in Japan at a discounted rate of 0.65 per cent over the next 25 to 30 years. If China wants to court the good favour of Malaysia, assuming Malaysia is a strategic country that knows how to play its cards right on its control of the Straits of Malacca, then Panda Bonds can be the next best thing Beijing can offer Malaysia, aside from relocating its factories to Malaysia to offset the impact of Sino-US trade.

All of the favourable factors above depend on five internal issues or dynamics which Malaysia must be able to manage or control indefinitely. Ensuring that they are maintained on an even keel, with a strong time line, is what makes Malaysia tick. Anything less, a downgrade of A- to BBB+ is enough to set the Malaysian ringgit diving. So what are the five strategic underpinnings?

First of all, regardless of who is the Prime Minister, be that person Dr Mahathir Mohamed for now, or Anwar Ibrahim, the incoming Prime Minister, the transition must be smooth. Smooth in the sense that there should not be any more ambiguity, that will only leave the investing community unsettled and hesitant. Uncertainty is not something investors are fond of.

Thirdly, while there is the occasional fear that PKR can break into pieces, it won't. PKR has 50 Members of Parliament. They may bicker. But why should they collapse to become fragments of who or what they are. PH respects that numerical superiority.

To the degree PKR holds itself together, PH can work on pinning Najib Razak and Zahid Hamid, who have made the strategic errors of an early come back in Umno, to the wall. The court case of the former is moving, and the details on the spendings of Najib Razak are scandalous to say the least. Zahid Hamidi's spendthrift ways and alleged corruption are no less legendary. Thus PH can wrestle Umno and PAS down.

Fourthly, the nine Government Linked Investment Companies (GLICS), which have spawned more than 900 government linked companies, must not be indulging in property plays alone, such as by snarling a piece of Bandar Malaysia, which will be developed anyway, to beef up their balance-sheets.

These GLICS and GLCs must focus on the trend of the global economy which is based on gig, platform, sharing, or what Jeremiah Ouyang at BMW calls a honey comb economy. Equinas, in Malaysia, has to invest in entities that specialize in becoming future unicorns driven by algorithms, artificial intelligence, smart applications and automation.

Finally, Malaysia cannot over-rely on the FDI of Asean, as 50 percent of the FDI are normally going to Singapore annually anyway. Malaysia must depend on its own economic and infrastructural advantages, including a stable and cheaper currency, and a smart work force, indeed a bevy of smart cities, to attract  manufacturing powers into the country.

If Malaysia is able to do all of the above, with a focus on the manifesto of Pakatan Harapan to empower the parliament, then Malaysia can go far. An A- rating can become an A rating.

The future, as always, rests in the hands of Malaysian leaders and voters, to demand a strong, accountable, and no nonsense democracy, where people of different religions and faiths don't suddenly disappear in the middle of the night, not to be heard of or seen from again.

Malaysia boleh. Malaysia can do. But if Pakatan Harapan keeps screwing up with internal bickering, Fitch and other ratings agencies would have no mercy to downgrade us.