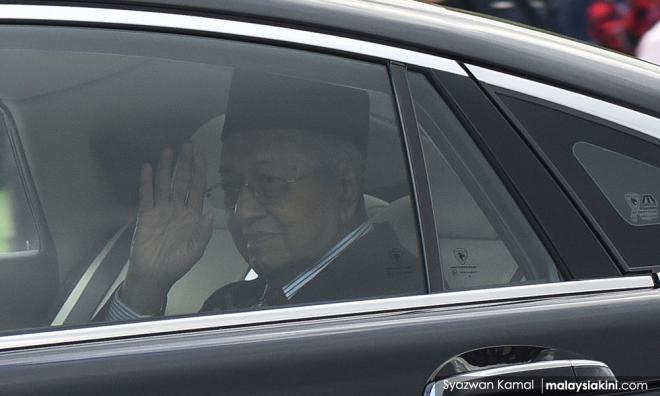 No end in sight as the jostling for power intensifies

LETTER | It’s been difficult to catch a breath, such has been the pace of the dizzying political drama unfolding over the last couple of days. And there is going to be no end in sight for a while as the jostling for power intensifies.

Based on the events of the last two days, two immediate things to take away are:

What looked like a fatal blow for Team Anwar when the plotters cheerfully streamed out of the Sheraton Hotel in Petaling Jaya on Sunday quickly turned into second thoughts overnight as the historical width and depth of their treachery slowly began to sink.

This was where Team Anwar excelled in their reaction. Led by PKR president Anwar, the Three Amigos – the other two being DAP secretary-general Lim Guan Eng and Amanah president Mat Sabu – showed calm and a matter-of-fact leadership.

Azmin Ali’s misadventure has backfired in another way – he and his team basically sacked themselves from PKR.

That was their ultimate leverage – the ability to disrupt the party from the inside and otherwise occupy Anwar – and now it’s gone.

Now, even the Gerakan guys are snickering when asked about accepting Azmin as a member.

Plus, those cabinet posts he and his cohorts occupied will probably now be vacated.

As for Mahathir, this episode is another indication that he needs to put up his feet now.

This is purely speculation, but I suspect his family must have had important input in steering him to where he now seems to be going.

So what is next? The first thing would be the numbers game. Which side can get the bare majority necessary to form the government?

Azmin and his group will probably try to keep the Sheraton coalition together, but after what has transpired so far, at least some Umno, PAS and Bersatu members may not have the appetite any longer for Azmin’s plan.

If Pakatan Harapan is able to obtain a majority in Parliament, the only certainties are that Mahathir will not be in office too much longer, and the new cabinet will look different.

How different will the cabinet be remains to be seen.

There would appear to be no reason to reshuffle or drop the ministers who were not part of the Azmin and Bersatu groups.

The big question mark naturally revolves around the big posts.

The other certainty is that no matter where they land, Azmin and his team are not going away, and neither are all the others who feasted at the Sheraton.

These Whack-a-Mole politicians are going to keep popping up in new ways.

And don’t discount the East Malaysian players. They are suddenly being thrust into the spotlight and may turn out to be the kingmakers here.

GE15 may be here sooner than expected to settle all the current questions.