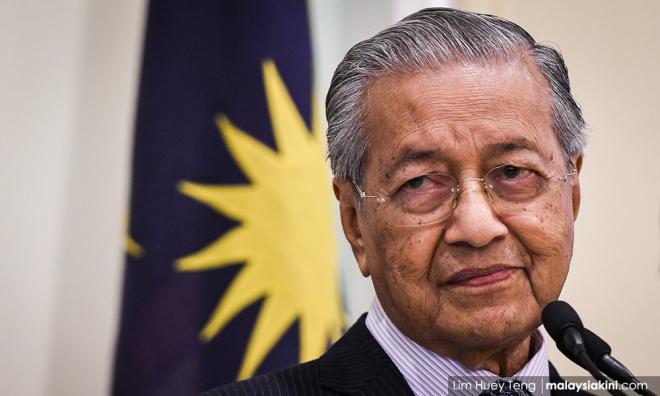 Mahathir (above) was seen entering the Perdana Putra building in Putrajaya, which houses the Prime Minister's Office, at 9.29am.

He arrived via the official vehicle bearing registration number Malaysia 2020 and waved to newsmen who waited outside the building.

The Prime Minister's Office in a statement announced that Mahathir’s resignation as the seventh prime minister yesterday and his resignation letter was submitted to the King at 1pm.

Chief Secretary to the Government Mohd Zuki Ali in a statement yesterday, announced that His Majesty had consented to appoint Mahathir as interim prime minister, pending the appointment of a new premier in accordance with Article 43 (2) (a) of the Federal Constitution.

Mohd Zuki said during the interim period, Mahathir will manage the country’s administration until the new PM is appointed and a new cabinet is formed.

He also said that the King, on the advice of the PM, also consented to the revocation of the appointment of the deputy prime minister, ministers, deputy ministers and political secretaries.