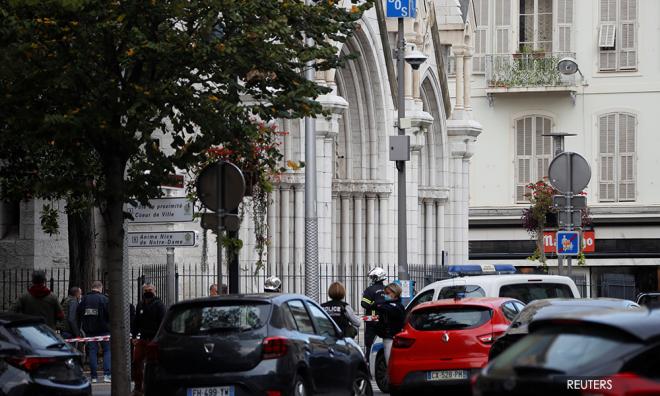 LETTER | There is no right to kill millions

LETTER | It is abhorrent that our former prime minister, Dr Mahathir Mohamad tweeted on Thursday evening that Muslims have a right to be angry and to kill millions of French people for the massacres of the past.

That particular tweet of his was marked by Twitter as glorifying violence and has since been deleted. I'm not sure if he drafted this statement himself, but before anyone accuses me of taking his statement out of context, you can read the whole thing online.

Perhaps our former prime minister is too used to his usual rhetoric of 'rights', but it is clear as day that there is simply no 'right' to commit genocide.

Every nation has a body count but that gives no right for such vengeance.

The three people that were murdered in a church on Thursday were people who did nothing wrong. I'm not sure if he was aware of that incident, but it is a real shame that one of the prominent leaders of Malaysia, a country where we have demonstrated unity despite racial and religious differences, has gone on record to make such a statement.

Our country should be a leading example in unity and religious tolerance, but here we are fanning the flames of a religious war instead.

As a public figure that has on many occasions represented our country on the international stage, Mahathir must be responsible with his statements and the message that it may convey regardless of whether he means it or not.

The same goes for Emmanuel Macron. We have many peaceful Muslims around the world, all of whom do not condone the killing of innocent people. Islam, like any religion, is subject to many interpretations and the Muslim friends I know are not hateful people. They are kind and loving people who are my neighbours, friends and everyday people on the street.

Nothing is more evident of this than the indiscriminate help Malaysians gave to each other regardless of background during this pandemic. Any flaws that they may have are not religious flaws. They are human ones, just like the flaws that you and I have.

It is a human problem that we must rectify not a religious one.

2020 has been a terrible year for many. Rather than drive the wedge between us further, we should strive to view the objective truth that in the light of a vast universe where our existence is nothing but a blip in time, our differences appear to be minor inconveniences.

If anything, it underscores our responsibility to treat each other with kindness and find the common thread that unites us on a global front.