Prime Minister Najib Abdul Razak may have introduced some populist policies to solidify his shaky position but the measures masked deep cuts to key services in the country.

This is according to a Perak DAP leader who described it as a 'Save Najib' budget. 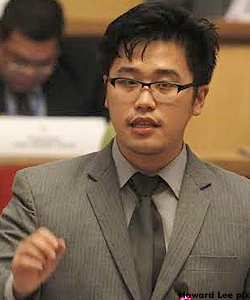 "For all intents and purposes, despite all the chest-puffing verbal fanfare of growth and prosperity, and the seemingly generous and nonchalant 'dishing' of big ticket items and civil service wage increases [...] the 2016 budget was a true blue austerity budget packaged in sweet sounding language of political enchantment; otherwise known as 'rhetoric spin'.

"It was cut, cut, and more cuts, every step of the way, if you cared to look at the numbers," said DAP's Pasir Pinji state assemblyperson Howard Lee.

For example, he pointed out that welfare will see a cut of RM40 million, while the Land Public Transport Commission (Spad's) budget was halved, and the Higher Education Ministry suffered a multi-billion ringgit cut.

"In all seriousness, major cuts to higher education, welfare, public transport, yet a marked increase in allocation from RM19 to RM20 billion to the PMO, is like a king who is rationing his courtiers, army, servants, and people at a time of crisis, yet he himself is adding to his day an extra meal," he said in a statement. 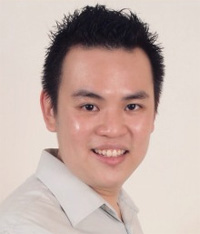 "The bulk of the announcement in budget 2016 was focused on allocations and tax breaks to bumiputera, rural areas, public servants, and East Malaysia which have largely been Umno and BN’s traditional supporters.

"There was no effort made by Najib in Budget 2016 to address the free-falling ringgit, the rising cost of living, high property prices which have become unaffordable to the middle class, and stop the wastage and leakages in the budget," he said in a statement.

Chong ( photo ) added that Najib appeared to lack the political will to resolve these pressing issues.

"Until a new government is put in place, Malaysians will continue to pay the price of an ineffective, unproductive, and wasteful spending government," he said.

Budget 2016: Subsidy cuts and other things Najib didn't tell you