The controversial meeting between PKR vice-president Nurul Izzah and a Sulu princess was raised during the Puteri Umno meet, with its chief accusing the opposition of being an internal foe in the nation.

"Who has become the enemy within (musuh dalam selimut)?

"Who then pretended to cry when the government wanted to take stern action for their rudeness in hugging and dining with the daughter of an enemy of the state?

"They are the real actors. Don't forget how they insulted our security forces who worked to protect us from being invaded," the wing's chief Mas Ermieyati Samsudin said in her speech.

She also urged the Puteri Umno delegates not to fall for the false information being spread in the opposition's "cunning" game.

"I hope all of this can be a lesson to show how caring our leaders are for placing the interests of the nation above everything else," Ermieyati said. 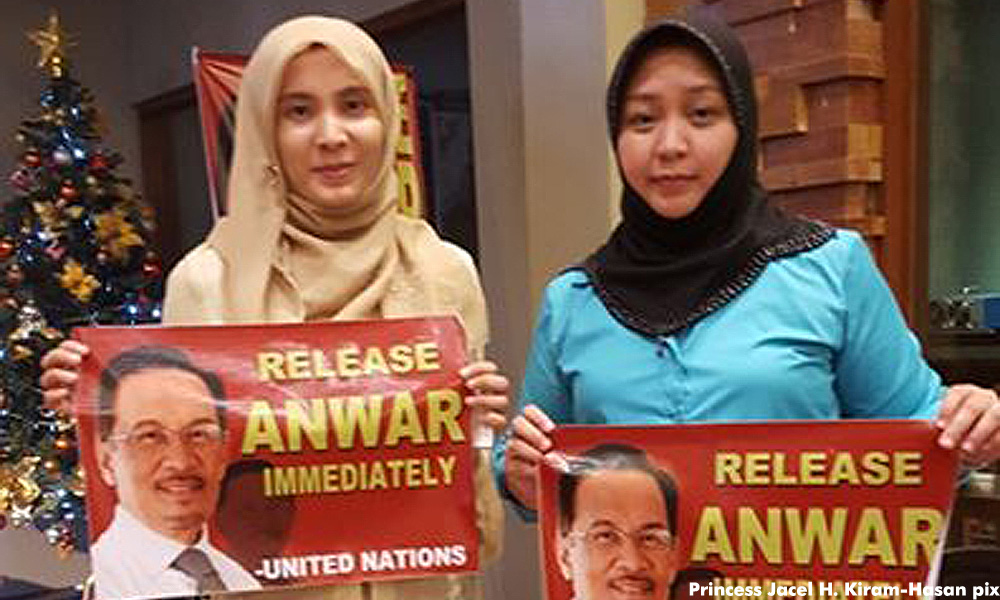 Nurul Izzah has admitted to meeting Jacel Kiram on Nov 9, when she was in the Philippines with PKR vice-president Tian Chua as part of a party delegation to meet various quarters in that country.

She issued an apology after photographs of her meeting Jacel went viral on Facebook, resulting in her being severely criticised.

Tian Chua claimed that they did not know who Jacel was at the time of the meeting. The two PKR leaders are also being investigated by the police.

The Lembah Pantai MP shed tears when defending her actions in the Dewan Rakyat, after a motion was tabled to refer her to the Rights and Privileges Committee.

In February 2013, a group of terrorists from the southern Philippines entered Sabah and engaged in gun battles with the security forces, on the orders of the self-styled Sulu Sultan.

Cries of 'Hidup Tan Sri' ring out as Muhyiddin arrives

'Muhyiddin was at PWTC, but didn't attend Najib's briefing'

KJ denies Umno Youth is being populist by voicing grievances

Muhyiddin, a broken piece of rope from the Umno raft?

Youth wing: We're not betraying by voicing out on 1MDB

Umno VP: Was RM2.6b Umno's because president used it?

Shafie: I speak up so nobody will urinate on my grave