1MDB's recent sale of its 60 percent stake in the Bandar Malaysia development project is in violation of the terms for the sukuk Islamic bonds it issued to finance the relocation of several air force bases, PKR secretary-general Rafizi Ramli claims.

This, he said in a statement today, is based on pages 30 and 32 of the agreement.

Rafizi pointed out that under Item 2(w)(i)(12) of the RM2.4 billion sukuk issuance agreement, Bandar Malaysia Sdn Bhd (BMSB) – "the issuer" – must remain as the wholly-owned subsidiary of 1MDB.

Thus, Rafizi argued, the sale of 60 percent of 1MDB's holdings in Bandar Malaysia to the private consortium with links to China violates the terms of the sukuk agreement because the sale would make BMSB an associate company of 1MDB and no longer its wholly-owned subsidiary.

This, Rafizi argued, is now a major snag to one of the main pillars of the 1MDB debt rationalisation initiative.

He also pointed out that since pension fund Retirement Fund (Incorporated) or KWAP and pilgrimage fund Tabung Haji are both subscribers of the sukuk bonds, the sale also drags Prime Minister Najib Abdul Razak and the two government funds into the picture and they must explain why they allowed this to happen. 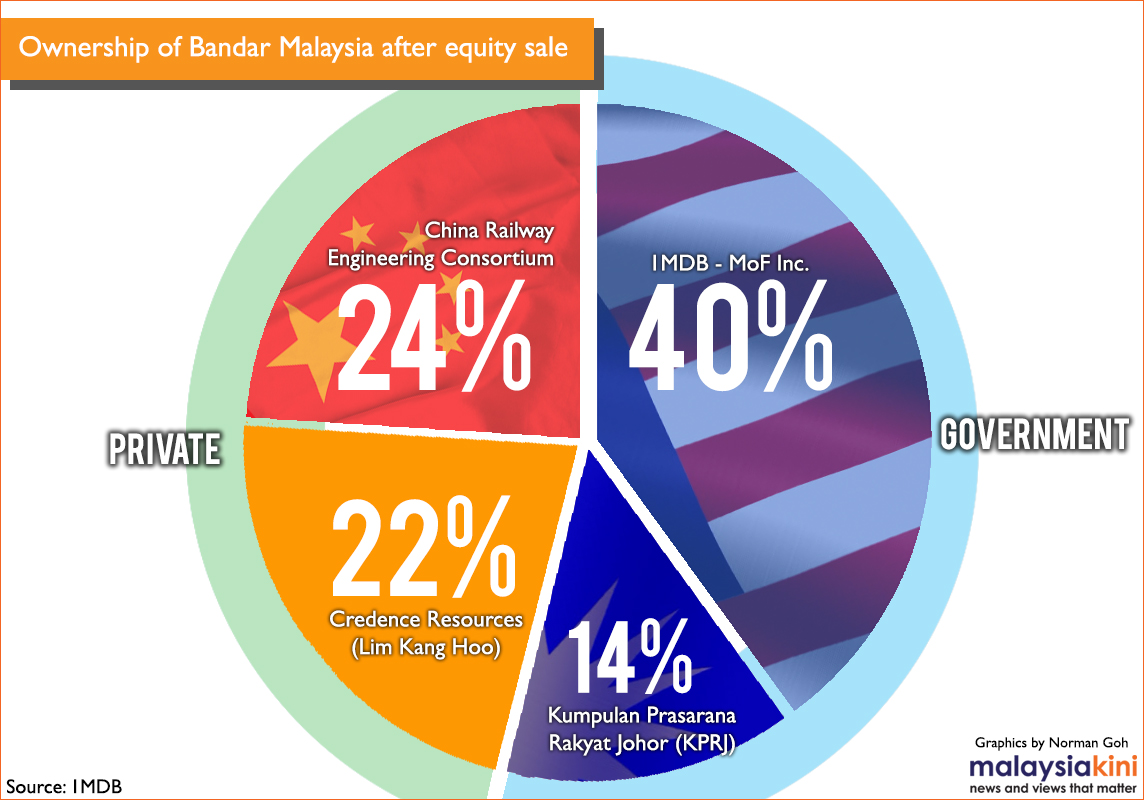 The Pandan MP referred to the Najib’s answer in Parliament on May 18, 2014, confirming that KWAP is a subscriber of the Bandar Malaysia-issued sukuk, as well as to publicly available financial information that lists Tabung Haji as holding RM1.5 billion of the same sukuk.

Rafizi posed several questions to the management of both funds, over their seeming inaction over what he believes to be a clear violation of the terms under the sukuk Islamic bonds.

"If the management of Tabung Haji and KWAP were against the move, why did they not take legal action against 1MDB?

"If Tabung Haji and KWAP management were not in favour of the decision, who gave the greenlight to both the government-owned entities to proceed?

"When will Tabung Haji and KWAP recoup their loans to Bandar Malaysia?" he asked.

Rafizi also defended his agressive pursuit of the matter as his responsibility as an elected representative, since the possible misuse of public funds is a major concern of the rakyat.

He then vowed to continue with his crusade, for as long as there is no clear answer or remedy from 1MDB.

The MP believes the veracity of his claims have been vindicated, since nobody has yet dared to sue him or issue clear denials of his allegations.

"This scandal will continue to be sensitive as the monies that are supposed to be used to relocate and upgrade the air bases are from Tabung Haji and KWAP," he said.

Rafizi has previously claimed that the money from the sukuk issuance are not being used for the intended purposes, though 1MDB has denied the matter.

Malaysiakini has contacted 1MDB for its response to this matter.

Will Abu Kassim be forced to retire like Gani, asks Dr M

Dr M: Will MACC probe reach judges or will Apandi be the judge?

1MDB may tackle debt early, if cash comes in quickly

Najib, only the court can save your tattered reputation