This is according to Australian Broadcasting Corporation (ABC) in its report which details the transactions of the account which is held in Ambank under the codename "Mr X", which it claims belongs to the prime minister.

The banking records were obtained by the ABC's 'Four Corners' journalists, the report said, but did not disclose the source of the records.

When contacted, the Malaysian Anti-Corruption Commission declined to confirm if the details published by ABC matched its investigation findings.

Malaysiakini has contacted the Prime Minister's Office for a response.

Earlier the ABC reported that attorney-general Abdul Gani Patail was ready to charge Najib with corruption, before he was suddenly removed from office ostensibly for health reasons.

The prime minister’s wife, Rosmah Mansor, has been repeatedly criticised for her luxury handbags and expensive taste in jewellery, but Najib consistently denies using public funds for private use.

Najib had in 2011 threw an engagement ceremony for his daughter at Shangri La Hotel.

The bill for catering reportedly came up to RM409,767, with the menu including lobster bisque and wagyu beef, for some 900 guests. 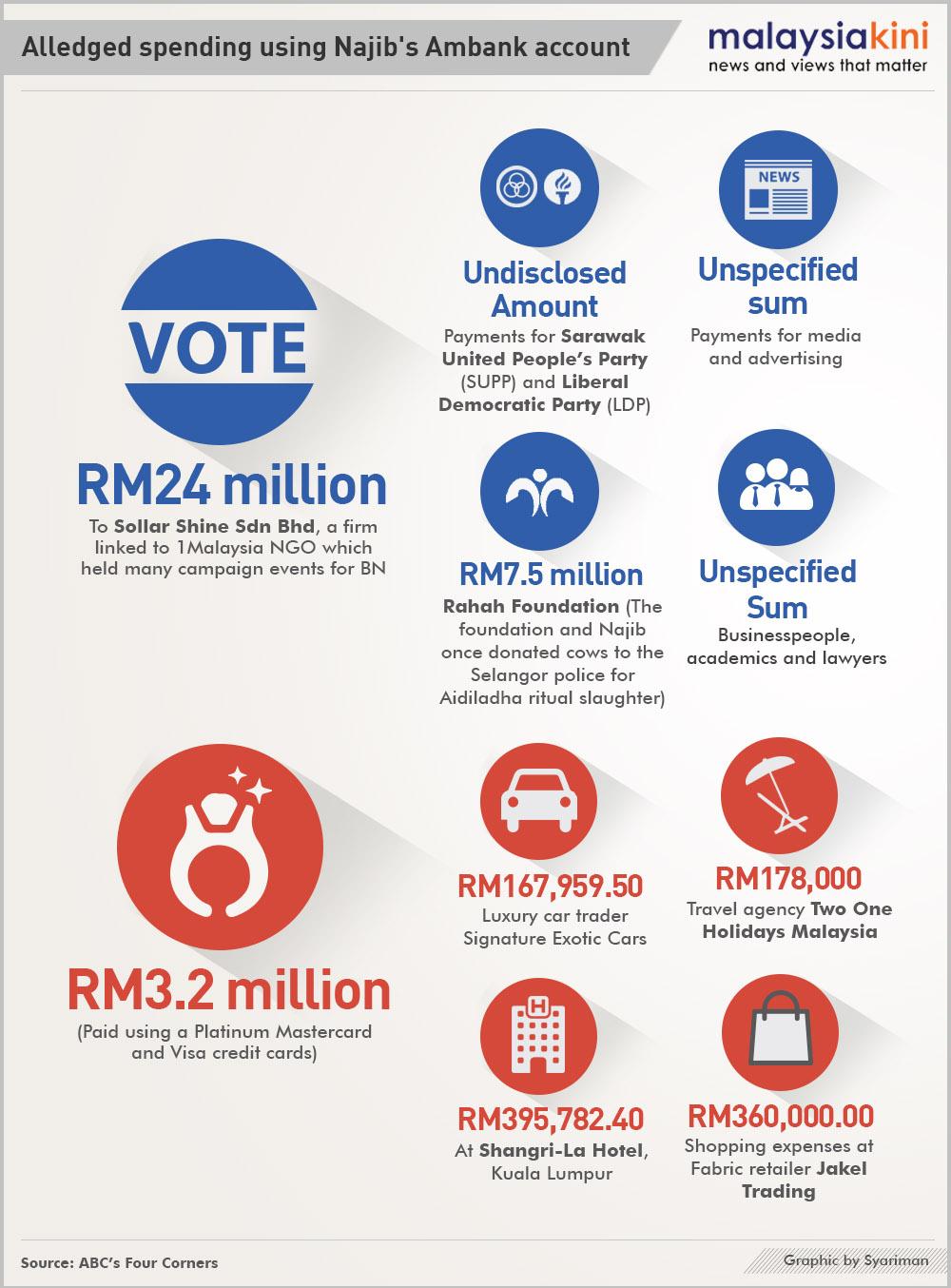 Najib’s lawyer has not watched Aussie documentary, declines to comment

Do as you please with US$375m gift: Saudi prince's letter to Najib

Pro-Najib portal: 'Four Corners' of liars, madmen and the senile

Aussie journos may face action if they return to M’sia

'Were 1MDB and RM2.6b issues measured in syariah index?'

Swiss gov't yet to reply to M'sia on 1MDB

Lawyers behind motion for AG's removal summoned under Sedition Act