Claiming the groups were set up by "certain quarters", Tengku Adnan said the protests were meant to get "remuneration" from developers, something he would not tolerate.

"I have asked developers to report the actions of these certain groups to the police and MACC.

"I will not compromise with the actions of certain quarters which are against the law and for personal gain," Tengku Adnan said in a statement today.

It is not clear which resident groups the minister was referring to. 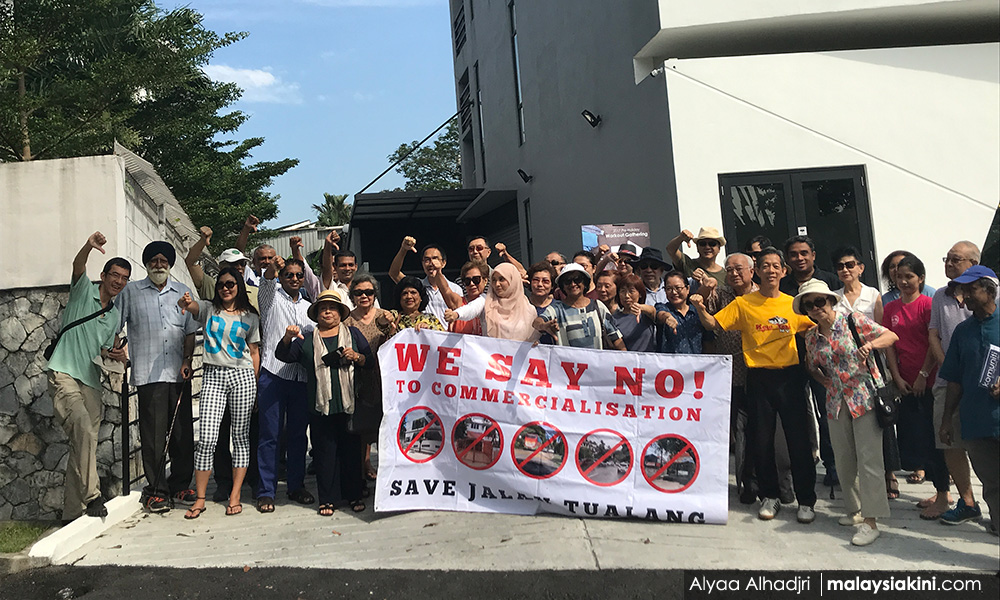 Recently there has been vocal opposition against urban development in Kuala Lumpur, including by residents opposed to the destruction of Taman Rimba Kiara, as well as residents in Jalan Tualang (photo), Bangsar and Taman Desa, Petaling Jaya.

Tengku Adnan was responding to plans by Cheras MP Tan Kok Wai to lodge a report with MACC against him.

Tan had claimed that that 45 parcels of government land in Kuala Lumpur had been sold without open tender.

The Umno secretary-general had explained that most of the land was sold to build affordable housing for the people and he criticised Tan for “misleading the public” on these issues.

Tengku Adnan said the DAP lawmaker's report will shine a light on who is right and who is wrong.

"I thank Tan for informing that he will lodge an MACC report regarding his claims against me," he said.