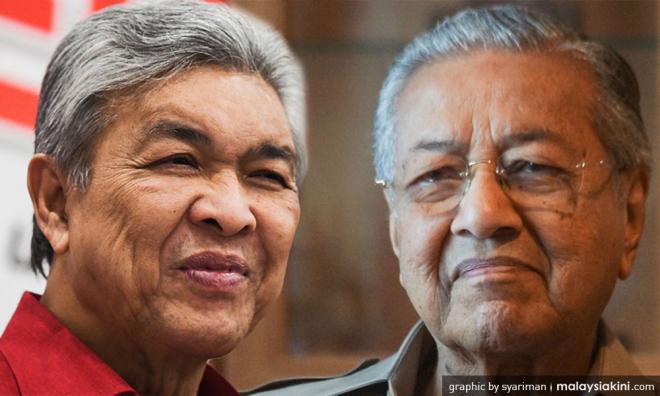 “Mahathir's cruel action is based on his disappointment for failing to convince Zahid to disband Umno which was a political threat to his family, cronies and Bersatu.

“We believe Mahathir's action is aimed at eradicating Umno and driving the Malays to cling to Bersatu as the only strong Malay party in the country,” alleged Mohd Khusairi Abdul Talib.

However, Khusairi did not provide additional details as to when Mahathir had purportedly persuaded Zahid to pull the plug on Umno.

In view of this, he urged all Umno members, Malays, Muslims and Malaysians to defend Zahid, whom he claimed was being persecuted by the 'Malaysia Baru' government.

He termed the planned prosecution of Zahid as “politically motivated and incredulous.”

The Slim assemblyperson also recalled Mahathir's branding of his then heir-apparent Anwar Ibrahim as a “sodomite and someone unqualified to be prime minister” in 1998.

“Following this, many Muslim leaders were jailed under the (now defunct) Internal Security Act 1960, whereas corporate figures and entrepreneurs sustained colossal losses,” he added in a statement.

Khusairi claimed that Mahathir is now doing his best to link the “Muslim leader” Zahid with the 1MDB scandal.

“Before this, Zahid was seen as clean, someone who subscribed to religious teachings, united the ulama, created a fertile environment for religious activities and protected the welfare of tahfiz children.

“Tainting Zahid's image is to cast a negative perception towards Umno which has been the pillar for Muslims as well as preserving harmony and the wellbeing of all races and religions,” he added.

The former deputy premier is expected to be charged for graft and money laundering tomorrow.