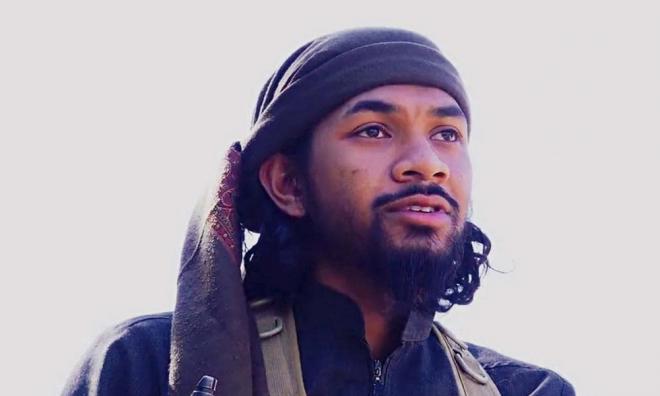 The Australian government has stripped citizenship from a man it believes is a top recruiter for Islamic State, Australia’s home affairs minister said on Saturday.

Home Affairs Minister Peter Dutton said in an emailed statement to Reuters that Melbourne-born Neil Prakash (photo, above) has been stripped of his citizenship.

Prakash has been in Turkey on trial for terrorism-related activities since being caught there in October 2016 after leaving Islamic State-controlled territory.

He is wanted in Australia over terrorism-related activities including an alleged plot to behead a Melbourne police officer on Anzac Day.

“My first priority is and always will be the safety and security of all Australians,” Dutton said in his statement. “This government is determined to deal with foreign terrorist fighters as far from our shores as possible.”

Prakash, whose mother was Cambodian and father was Fijian Indian, held both Australian and Fijian citizenship through his father.

Under Australia’s citizenship laws, a dual national can lose their Australian citizenship if they act contrary to their allegiance to Australia by choosing to be involved in terrorism. Prakash is the 12th person to be stripped of citizenship.

Islamic State was declared a terrorist organisation in May 2016 for this purpose, the Home Affairs Office said in its statement.

“To be in the service of such a terrorist organisation, as Mr Prakash was, is to act inconsistently with your allegiance to Australia and we will do everything we can to ensure he is brought to account for his crimes,” Dutton (photo) said.

The decision came into effect on Dec 21 when Prakash was notified by letter, and the Fijian government has also been notified, according to a source close to the Australian government.

Prakash has been linked to several Australia-based attack plans and has appeared in Islamic State videos and magazines. Australia has alleged that he actively recruited Australian men, women and children and encouraged acts of militancy.

Australia has been pressing Turkey to extradite Prakash since he was first detained, but the request was rejected in July. It will remain in place until the conclusion of his case and any custodial sentence, The Australian newspaper reported.

Canberra cancelled Prakash’s passport in 2014 and announced financial sanctions in 2015, including anyone giving him financial assistance, with punishment of up to 10 years in jail.