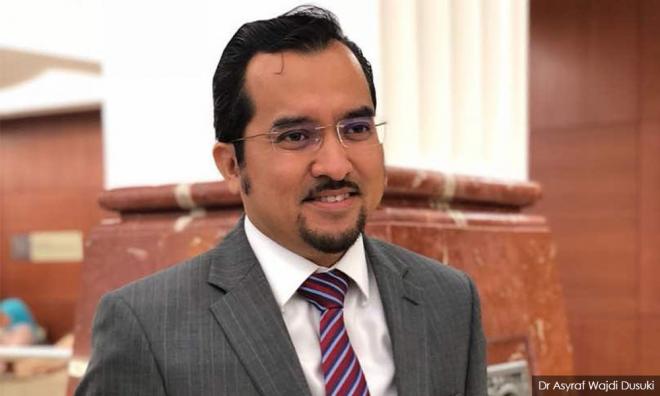 Umno Youth chief Asyraf Wajdi Dusuki has defended his criticism of Chief Justice Richard Malanjum dancing with lawyers at a gala dinner for the legal fraternity.

Asyraf highlighted Section 6(2) of the Judges' Code of Ethics 2009 and in particular Section 6(2)(c) which states: "A judge shall not convey or permit others to convey the impression to any person that they are in a special position to influence him."

"Does the video which showed the chief justice doing the 'twist' with the attorney-general and private lawyers gives the picture and perception that they are in a special position as outlined in the Judges' Code of Ethics?" he asked.

Yesterday, Asyraf said the video of Justice Malanjum and other senior figures in the legal fraternity dancing at the opening of the Legal Year 2019 in Kota Kinabalu was "embarrassing".

Among the lawyers present were Siti Kasim and Ambiga Sreenevasan.

Asyraf said the rebuttals against his criticism are disappointing.

"Ambiga has a long history with the chief justice since the Lina Joy case at the Federal Court," he said.

Section 8(1)(a) states that "a judge shall ensure that his extra-judicial activities do not cast reasonable doubt on his capacity to act impartially as a judge".

Meanwhile, Section 8(2) states that a judge shall avoid close association with individual members of the legal profession, particularly those who practice in the judge's court, where such association might give rise to reasonable suspicion or appearance of favouritism.

"If the Judges' Code of Ethics 2009, which should be a guide to maintain the impartiality and integrity of judges, is belittled, then how will be judiciary be trusted and inspire confidence?" Asyraf asked.