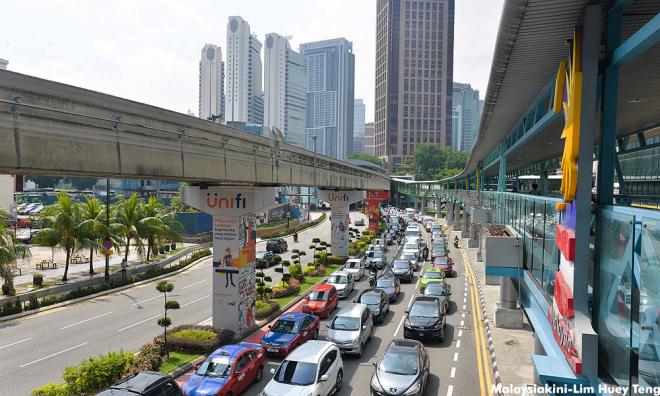 Sim, a former civil engineer, said that such a policy strategy has been proven to control or reduce highway congestion during peak hours in other countries.

As he explained, congestion charges will result in highway users changing their habits to save money, while helping to free up rush hour traffic.

"Congestion pricing has been implemented in many parts of the world and has shown significant results, such as in Singapore, London, Hong Kong and Tokyo.

"Therefore, it is a no-brainer to be implemented in a highly congested city such as Kuala Lumpur," he said.

Sim, who has a graduate degree in highway engineering from San José State University, said he found it strange that former prime minister Najib Abdul Razak and MCA president Wee Ka Siong were opposed to the move.

Najib and Wee had panned efforts by the government to do away with fixed highway toll charges in favour of congestion pricing.

The first is a full charge for peak hours, a 30 percent discount for off-peak hours, and no charges between 11pm and 5am.

Najib, Wee pan move to swap tolls with congestion charges
23 Feb 2019
Putrajaya initiates talks to take over and 'abolish' tolls
23 Feb 2019
We want lower tolls, not taking over of concessions
23 Feb 2019
What's holding up the abolition of tolls?
23 Feb 2019