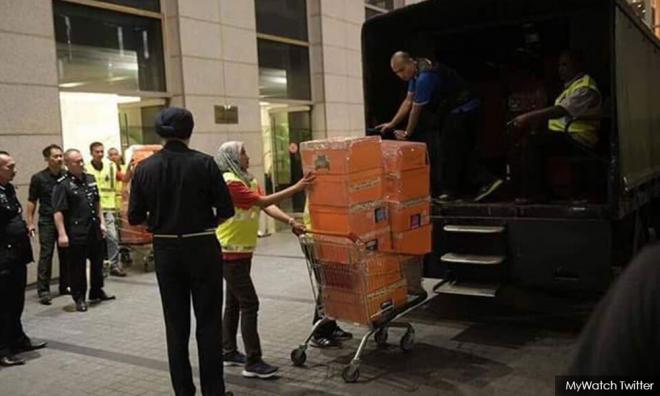 According to China Press, the personnel involved were from Bukit Aman's anti-money-laundering and anti-terrorism financing team.

"(They) visited many shops which specialised in designer goods. They made comparisons and collected evidence," read the report.

The report said that the team also visited several jewellers as well.

It is believed the investigations were linked to the seizure of luxury goods from the Pavilion Residences, Kuala Lumpur on May 17.

The seized items were believed to belong to Najib and his wife Rosmah Mansor.

At the time, the police estimated the haul to be worth about RM1 billion. No one has been charged over the seized property as yet.

However, the China Press report said that after the trip to New York, investigations are expected to be completed soon and criminal charges will be laid.