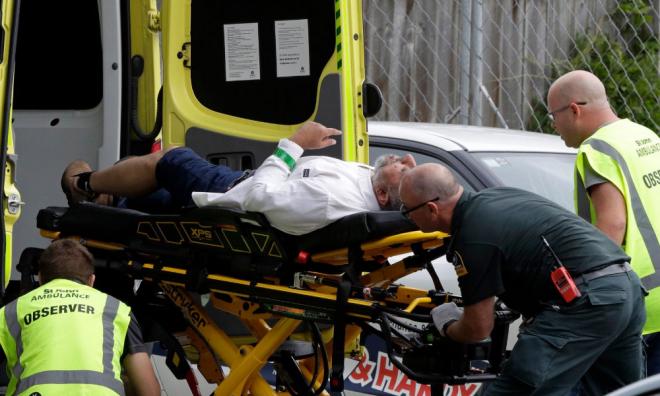 A third Malaysian has been said to be injured in yesterday's Christchurch terror attack, but there are currently no details as to the extent of his injuries or condition.

Professor Zurinawati Mohyi said she was informed by a colleague that her husband, Nazril Hisham Omar, 46, was injured in the mosque shootings that have so far claimed 49 lives.

"I'm not sure what my husband's condition is, I just heard that he was injured. I was there in New Zealand and just returned home on Tuesday,” she said when contacted by Bernama.

She said her husband and their three school-going children - Muhammad Haqiem Daniel, 18, Muhammad Hazieq Daniel, 14, and Muhammad Hazriq Daniel, 10, – had been living in Christchurch for the past two months.

Earlier, Wisma Putra had said that only two Malaysians were injured in the incident, with local media identifying them as Mohd Tarmizi Shuib and Rahimi Ahmad.

Zurinawati, a senior lecturer at the Hotel and Tourism Management Faculty of Universiti Teknologi Mara (UiTM), Puncak Alam Campus, said she was on a working trip with a group of students to a university in Thailand when she heard the news.

"At about 10 am (Thailand time), a fellow lecturer who was on the working trip with me had received a phone call about the incident.

“I was relieved to know that my children were safe and back home from school, but am still upset, not knowing what is my husband’s situation,” she said.

Zurinawati added that one of her sons tried calling his father on his cellphone and a nurse later responded to say that he was in the hospital.

"So I'm really not sure what my husband’s condition is right now,” she said.

The couple has four children. Their eldest son Muhammad Haiqal Daniel, 20, is studying at UiTM Penang.

"I hope to be able to get back to Malaysia soon and then head to New Zealand with my eldest son tomorrow,” she said.

Apart from the 49 people who were shot dead at two mosques in Christchurch, more than 40 people were also injured in the incident described by New Zealand’s Prime Minister Jacinda Ardern as a terrorist attack.