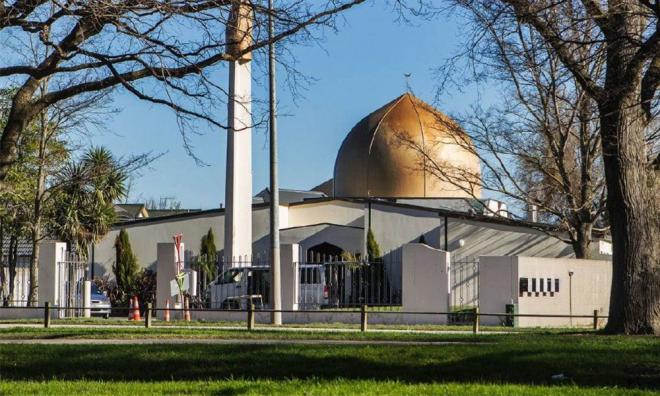 A Malaysian teenager climbed over the walls of the mosque and ran nearly 1.5 kilometres to escape the terrorist attack in Christchurch, New Zealand on Friday.

Idris Khairudin, 14, had gone to the Al Noor Mosque to perform Friday prayers, but instead of praying inside the mosque, as usual, he decided to sit in the back rows of the congregation.

While waiting for the prayers to begin, he suddenly heard gunshots and sounds of glass breaking as well as calls for pilgrims to run.

"Without any hesitation, Idris hurried out the building and climbed over the wall of the mosque, before taking cover for a while and fleeing the scene," said his sister, Nur Balqis Khairudin, 20, when contacted by Bernama.

Nur Balqis, who is a student at the Hagley College in Christchurch, said her brother had contacted her to ask what he should do next, and she suggested for him to head to the college.

"I was in a state of panic and worried about him. At that time, I and another sister of mine, Nur Zahirah were at home, and we had no transport.

I had to ask help from the public to drop us at the college so that we could get Idris. We then brought him home and called mother," said Nur Balqis.

According to Nur Balqis, she and her two siblings are now safe at their home, which is located about 3 km from the scene.

Idris is a student at Hilmorton High School in Christchurch while Nur Zahiran studies in the same college as her sister.

Meanwhile, their mother, Zarita Abdul Razak, 49, who is in Nibong Tebal, Penang, was relieved when she managed to contact her three children via video call.

Zarita said she had earlier felt restless when soon as she received a WhatsApp message from Nur Balqis, saying 'Ma, can I call you?'.

"Only God who knows how I felt at the time, my three children were there while we were here. I went weak at the knees. Thankfully, they are safe. But we are still worried and sad to find out that there are Malaysians who have been injured," she said.

Zarita said her husband, Dr Khairudin Mohamed, 52, who is a lecturer at the School of Mechanical Engineering, Universiti Sains Malaysia, Nibong Tebal, had just returned to Malaysia at the end of last month after attending to his children’s schooling and other matters.

At least 49 people were killed and dozens more wounded in the terrorist attack.