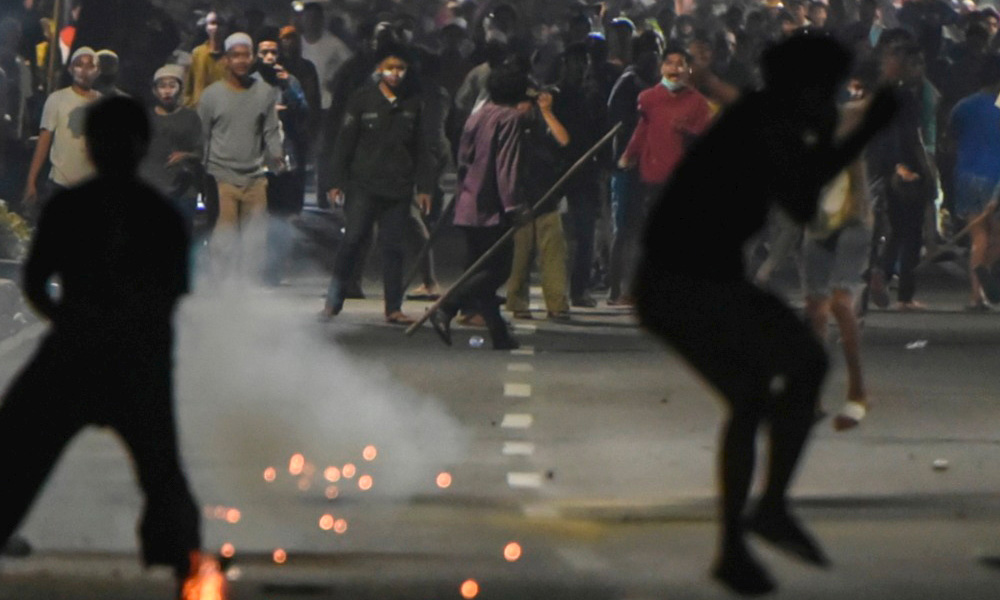 Karnavian declined to reveal more details of the plot, or say who was suspected of being behind it.

"We are still looking into who masterminded the plot and soon we will prosecute them," Karnavian told a joint news conference with one of the targets - chief security minister Wiranto.

Last week, eight people were killed and more than 900 hurt in two nights of clashes between supporters of defeated presidential candidate Prabowo Subianto and security forces.

Security officials said they believe the violence, which broke out after Widodo was confirmed the winner of last month's presidential election, was organised by several groups, including one linked to Islamic State and another to a retired special forces general accused of smuggling weapons to Jakarta.

National police spokesperson Muhammad Iqbal said on Monday that six suspected assassins had been arrested – five men and a woman – some of whom had carried weapons at last week's protests.

He said the six had been paid 150 million rupiah (RM43,716) but did not say by whom. They had been charged with possession of weapons, which carries a maximum penalty of life in prison.

"The assassination plot is intended to create fear ... we are working according to procedure and our intention is to safeguard national security," Wiranto told the news conference.

Police said the suspects had revealed the identity of the targets – intelligence agency chief Budi Gunawan, Maritime Affairs Minister Luhut Pandjaitan and special adviser to the president, Gories Mere, as well as Wiranto, during interrogation.

The suspects had also carried out surveillance on the head of a private polling firm. On election day, several pollsters had showed Widodo winning the election based on a "quick count" of a sample of votes cast.

On Monday, police showed reporters a number of weapons they said they had seized from the suspects including a rifle with a telescopic sight which they said was homemade.

Calm has returned to the capital after last week's protests but 40,000 police and soldiers remain on duty. Restrictions on social media to prevent the spread of hoaxes have been lifted.

Prabowo's political party, Gerindra, denied any links to the clashes and accused the police of brutality against their supporters.

Prabowo alleged "massive cheating and irregularities" in the election and refused to concede defeat.

Prabowo, a former special forces commander, has challenged the result in the Constitutional Court. It is due to deliver a verdict on June 28.

indonesia
Joko Widodo
plot to kill
Related Reports
‘We're not Chinese officers’: Indonesia fights anti-China disinformation
a year ago
Prabowo refuses to concede defeat in Indonesian election
a year ago
What M'sia can learn from the Indonesian riots
a year ago
Indonesian protesters disperse after second night of post-election unrest
a year ago